Whenever a show is announced for The Cathouse, there’s always a feeling of nonspecific dread that rises in my stomach. Partially due to incidents at past club nights with the creepier members of the clientele and partially a history of terrible-sounding gigs, it’s unpalatable enough that people have been known to travel to other cities simply to avoid seeing a band there, but tonight, as with the past few shows I’ve caught there, I am grudgingly proven wrong. Again. Sound problems have been ironed out to the extent that even The Dead Raven sound like they’ve got a bit of meat on them.

This isn’t a slight against the band or their hard rock with a side of blues sound, but more the fact that as a two-piece (and a relatively new one at that, having only formed a few months ago), they don’t seem like they should have much presence. Squeezed onto the stage between two drum kits and several amps, the set-up feels more like a rehearsal in a cramped garage than a concert but it doesn’t faze them – they simply set up their own kit and Orange cab and rock the fuck out. The lack of bass is an issue at first, like watching Led Zeppelin without John Paul Jones’ soulful groundwork, but once the sharper sound is filtered, the riffs start to settle and the duo gain a bit more confidence. A precise drummer with plenty of swing and a guitarist/vocalist who isn’t afraid to throw in some old-school posing, soloing on his knees even as a stage-hand sets up the microphone for the next band, gives their otherwise dated sound life and makes for an interesting, and promising, watch.

I’ll have to admit that I was unaware of Buffalo Summer before tonight. I’d spotted their name on the bill and immediately thought of some grizzled throwbacks from Atlanta clad only in denim and beard. As such, the Welsh lilt in vocalist Andrew Hunt’s voice throws me slightly, and whilst beard and denim are both present on stage, they’re hardly the band’s defining factors. That would have to go to the overwhelming smoothness of their sound. It’s honey in riff’s clothing, and while there’s a degree of polish going on, it stands no opposition against their clap-a-long, groove-a-long badassery. The spidery Hunt presents a solid front, taking his cues from icons like Plant and Morrison in being alternately an animated mass of limbs and raw-hearted troubadour, while the interjections of guitarist Jonny Williams are a rare marriage of proficiency and spirit. With only one album under their belt so far, there’s not a huge amount of variation in their material but given how well they sit with the bill, and the crowd, it probably would have done more harm than good if there was. 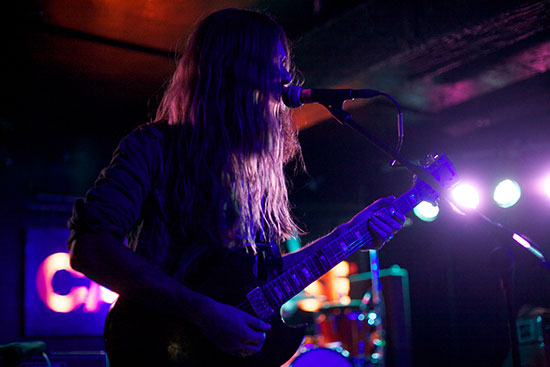 Evidently, Buffalo Summer did a good job in keeping my attention too as when I turn around, I’m surprised at just how much the room has filled out. It’s heaving and what’s even more curious is that, as I look along the front row as Kadavar take their places, its occupants are predominately female. For a Glasgow rock show, it’s an unusual sight but it looks like the power of the riff cares not for gender boundaries. Or eardrums, because Kadavar are loud. In fact, they excel in being everything anyone could have expected them to be, then adding another 20% into the bargain. The one shocker is that, despite the fact that Abra Kadavar is both new and catchier than chlamydia, most of their set is culled from their debut, giving a much rougher and more vibrant impression of the band. ‘All Our Thoughts’ and ‘Creature of the Demon’ are both immense tunes, and the band give them an even greater kick, ‘Tiger’ Bartelt’s furious drumming is a thing of wonder, and of the newer tracks it’s ‘Come Back Life’ that rather predictably leaves the greatest impression, a blast blues and unfiltered rock and roll that might be the best rocker the 70s never gave us. 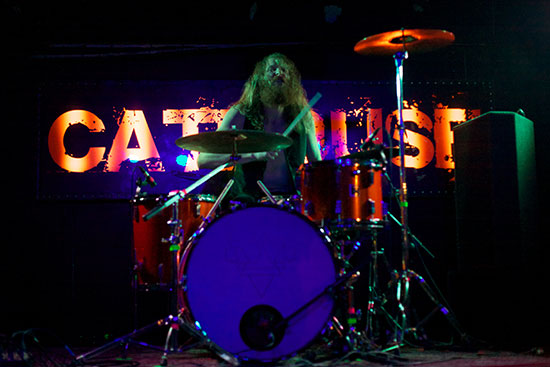 Despite the volume, they sound crisp and lush, and part of this has to go to The Cathouse itself. ‘Lupus’ Lindemann’s riffing has a dense tone that gives an interesting offset to the gruff sensibilities of his voice, and a great low-end sees ‘Dragon’ Bouteloup’s funky runs and impeccable timing sitting perfectly in the mix. In other words, they sound and look like the Teutonic rock gods that they rightfully are. While people are debating the return of Black Sabbath and The Rolling Stones’ continual refusal to call it a day, the spirit of rock is being kept alive all over the place by bands like Kadavar and it deserves to be heard in places bigger than this, no matter how good the sound. Until that happens, the ringing ears from tonight and the killer intro of ‘Doomsday Machine’ looping endlessly in my head will have to suffice. 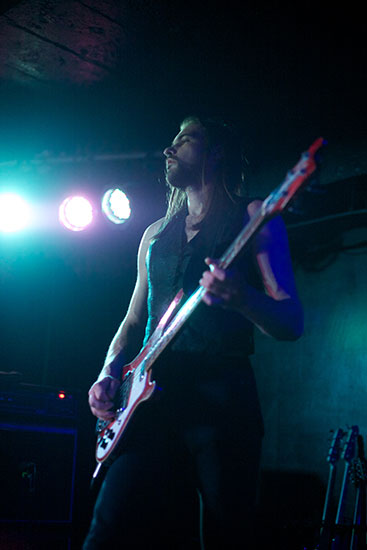 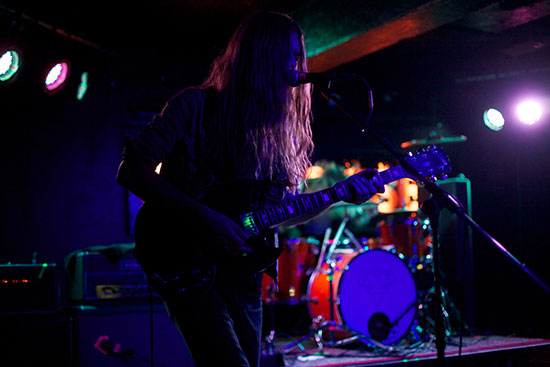 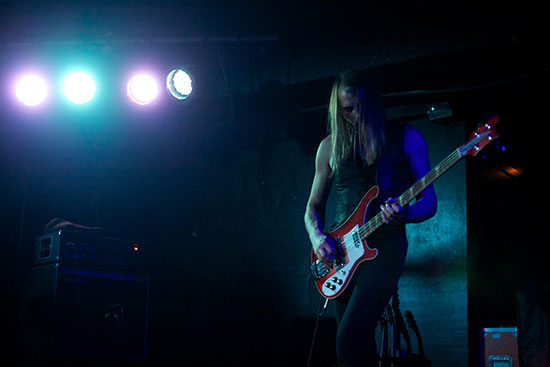 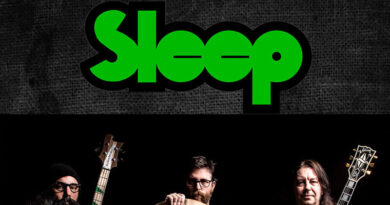 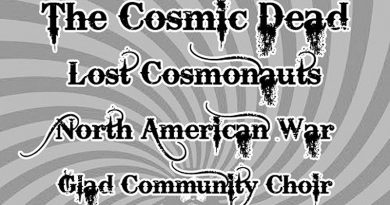