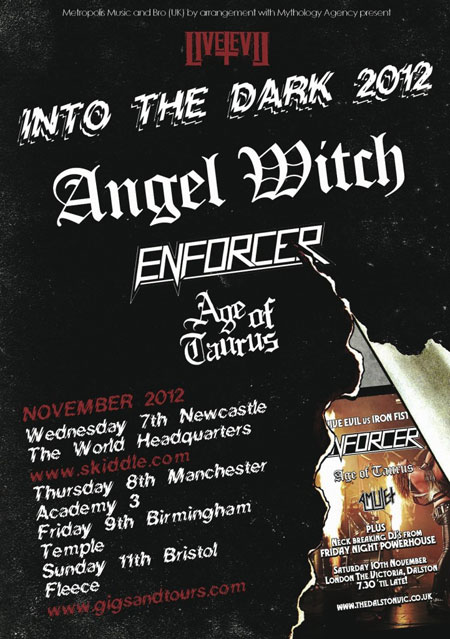 The Academy 3 may be sparsely populated on this grim and gusty Thurday night as Southern barbarians Age Of Taurus take to the stage, opening the Manchester date of this ‘Into The Dark Tour’, but it sure seems as though everyone present is a die-hard metaller. Hell, I spoke to a grizzled bedenimed longhair at the bar who claimed to have not seen tonights headliners Angel Witch in 32 years. Talk about old-school.

Hirsute purveyors of muscular thrash-infused doom, Age Of Taurus tore through a handful of tracks from their acclaimed 2010 In The Days Of The Taurean Empire demo and long-awaited upcoming Rise Above debut LP, Desperate Souls Of Tortured Times, feet on monitor, beards a-flying and heads down.

Particular standouts included the twisted dark harmonies of ‘A Rush Of Power’ and the epic title track of Desperate Souls Of Tortured Times with its occasional dips into dirty-arsed Sabbat-esque thrash. Keep an eye and ear out for these hairy invaders once the album drops next year, you won’t be disappointed.

Suspiciously smooth-chested frontman Olof Wikstrand had the energy levels of a man plugged directly into the mains, the shiniest of those impossibly tight trousers and a banshee shriek that could strip paint at 20 paces, riffing all the way. Surrounded by wiry bassist, and perpetual-motion machine, Tobias Lindkvist and laid-back-by-comparison lead axeman Joseph Tholl, Enforcer simply did not let up.

Hurtling through tracks from their Into The Night and Diamonds albums – including the somewhat ambitious title track of the latter – whilst flanked by those two six foot-plus ‘Heavy Metal’ banners, two 3 foot candelabras and unfettered by pesky guitar leads thanks to the whole band possessing wireless units, Enforcer were, if I’m honest, slightly ridiculous, but the small crowd of ‘ardcore ‘eadbangers down the front lapped it up so what the hell do I know?

In direct contrast to the sprayed-on strides, massive candelabras and screamingly unsubtle banners of Enforcer, Angel Witch hit the stage with nary so much as an ‘Angel Witch’ emblazoned logo banner behind the drumkit and show ’em exactly how it’s done.

Joined by ex-Carcass and Napalm Death, and current Firebird and Gentleman’s Pistols, guitarist Bill Steer – clearly fulfilling some sort of boyhood dream – original Angel Witch vocalist/guitarist Kevin Heybourne and his merry rhythm section powered through a well-chosen and fresh-as-a-daisy selection of stone-cold NWOBHM classics from their self-titled 1980 debut album and newer, gems-to-be from their distinctly Sabbath-infused latest album – and, frankly, classic-in-waiting – As Above, So Below,

Perennial favourites like White Witch, Angel of Death, Free Man and storming versions of Confused and Metal For Muthas track Baphomet were aired and given a thorough trouncing by the band, along with Dead Sea Scrolls and Into The Dark from the latest album.

Personally, I’d have liked to have heard a couple more newer tracks but since the band did such a bang up job of bringing the oldies up to snuff to go toe-to-toe with the newies, ultimately, I can’t really complain.

Steer and Heybourne made quite the formidable guitar-team and bassist Will Palmer and drummer Andrew Prestidge kept the boiler stoked to melting point throughout the whole set.

Leaving the stage to rapturous applause, there may not have been a room full of people clapping, hooting and cheering, but there was categorically NO WAY those present were going to let the band escape without an encore – especially considering that there were still two classics noticeably absent from the set so far.

Returning to the stage, Heybourne lead the band through a devastating one-two punch of 1981 favourite Loser and – you guessed it – Angel Witch itself. With the crowd taking vocals for much of the latter, the love in the room for the boys on stage was vocal and palpable, and I’m pretty damn sure that guy at the bar thought it was more than worth the 32 year wait. Hell, I’m convinced I saw him pumping his fists in the air and yelling “You’re an Angel Witch, you’re an Angel Wiiiiiiitch!!” along with the rest of the room.

Unlike many of the current reactivations and resurgences, Angel Witch seemed, to my eyes and ears, to have come back stronger, better and heavier than ever but not at the expense of their sense of identity – this was still recognisably the same band that pumped out Sweet Danger back in 1980, only more so.

Based on this evidence, I reckon we’re in for another 32 years of Angel Witch, and then some. 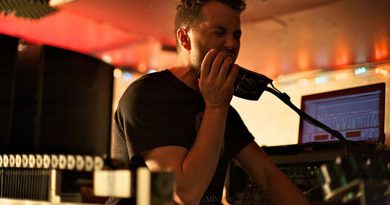 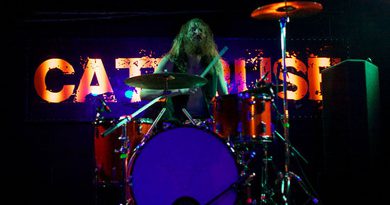 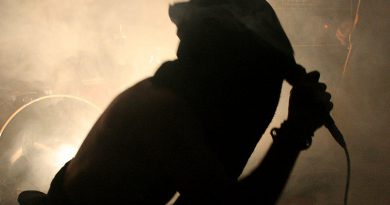