The Magpies had already started tonight’s gig at the Music Box when we arrived, so I only got to see half their set. They played chaotic and energetic grind and what I could see of them through the crowd, their performance was the same. Unfortunately the sound was somewhat lacking, something which was to effect all the bands tonight. When we entered the venue the sound was so thin I did not realise there was a band playing and thought the music was coming from a CD!

Anyway next up Total Fucking Destruction featuring drum maestro/machine Rich Hoak from Brutal Truth. How anybody can play two sets of music this intense in one night is beyond me, but this guy pulled it off, and with style! A competent set of grinding hardcore with other touches thrown into the mix. They did not seem as full on as the last time I’d seen them or heard any of their stuff, but that was a while ago now. 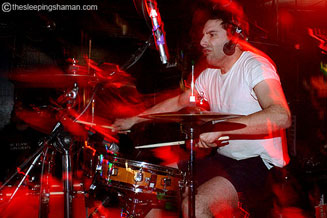 Third act tonight are Narcosis complete with their new vocalist Jamie after the departure of crazy Peet. These guys are awesome live and tonight were no exception. They ripped thought their set of hyper speed grind hardly pausing for breath. I’d say they had the best sound of the night, really full and in your face and they more than held there own taking into account who was up next… 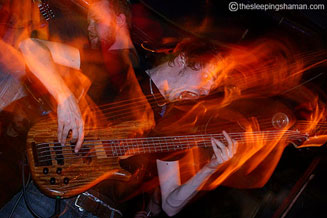 The time had now come for the mighty Brutal Truth, I was lucky enough to see these guys the first time round in the early to mid nineties and was delighted to hear they had reformed and where coming over again. Well the hiatus had certainly done them no harm with them ripping through their set as they had done all those years ago. Kev Sharp was still sporting his cowboy hat and their love of the herb had not waned any, Dan Liker and Rich Hoak where blasting a pipe at any available opportunity. They played for a staggering 1hr 10mins with all the classics being covered, as well as some newer numbers. One last highlight to mention was Narcosis guitarist Chris joining them on stage for guest vocals on Kill Your Family, which he handled with true Northern style. 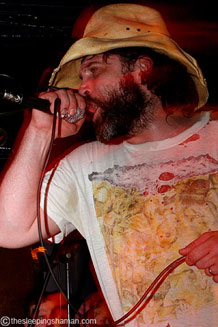 All in all a good night of grinding madness, and a pleasure to see the stalwarts back in action again. Long live the Truth… 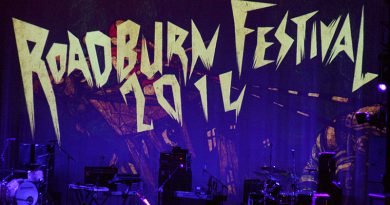