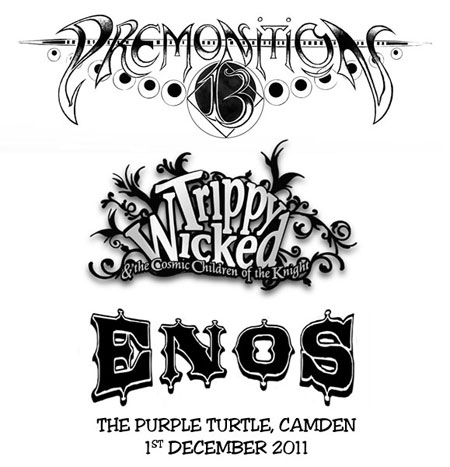 A stoner rock gig in Camden you say? Desertscene.co.uk providing us with another spiffing night of entertainment, indeed? Sir Wino himself headlining with his new band?! Oh, golly gosh, how wonderful!

It’s a wet, miserable night in North London, but it hasn’t stopped a couple of hundred black-clad rockers turning out to worship at the bearded altar of doom metal himself – Scott ‘Wino’ Weinrich. The Obsessed, St. Vitus, The Hidden Hand, Spirit Caravan and several other acts simply couldn’t exist in their timeless forms without the great man’s deep, brooding vocal lines or oat-solid, ringing guitar chords. But it’s with a new entity that Wino graces us tonight – Premonition 13, riffing away alongside his long-time friend and fellow guitarist Jim Karow.

First up to get heads nodding and cold beers swilled however are Brighton-based ruffians Enos. Their spiralling, cosmic, Kyussian rock is a big hit with the gathering punters and their slick set goes by without a hitch as Chris Rizzanski’s otherworldly snarl booms down from the PA. Playing mostly material from their ‘Chapter 1’ EP, the likes of ‘In Space’ sound like the soundtrack to a John Wayne movie set deep in the heart of Sky Valley, whilst the chunky metal riffs of ‘Floating’ are almost as impressive as Rizzanski ‘s mutton chops.

Next up are Trippy Wicked and the Cosmic Children of the Knight, a heavy, grooving trio already well established on the London scene and now playing one of the biggest shows of their career so far. Choosing to open with the bluesy lullaby of ‘Southern’, the room is already full of ear-to-ear grins before Dickie King’s bass thunders into the opening bars of ‘Fire’. Working the crowd well, and earning himself a couple of cold Red Stripes in the process, frontman Pete Holland is clearly relishing this lead support slot and by the time the anthemic ‘The Water’ hits enthralled ears, the crowd are quite clearly his own personal ball of Playdoh. Some new material gets a first-time airing and the juddering, alt metal of  ‘Up The Stakes’ is an interesting new direction. They save the best till last however and the pounding, monster riffage of another newbie ‘Want Another Drink’ coupled with Holland’s Chris-Cornell-meets-Pirates of the Caribbean growl is a booze-soaked set climax to remember.

Curiously, the crowd appears to thin ever so slightly before the headliners, but as the women of the room gravitate in mysterious synchronicity towards centre-stage-right, there is no doubt that tonight belongs to the tattoo-drenched rocker from Maryland. Striding out onto the stage and plugging his white Gibson SG into an ancient-looking London City amp, Wino is clearly at home on any stage, and his flowing brown locks look fresh and god-like almost as if from the set of a L’Oreal ad. Keeping strictly to material from their sole ’13’ debut LP, Premonition 13’s set is predictable, but succinct and full of enough surprisingly varied, yet full-bodied, parts of Wino’s past styles to hold the attention. The likes of the strident lead promo track ‘La Hechicera de la Jeringa’ and classic doom stomper ‘Hard To Say’ sound full, rich and forthright with crunching rhythm sections and scorched metallic leads. It’s clear to many that this gig is closer to the start of a European tour than the end, as Wino plays a lot of his non-singing parts with his back to the audience and facing drummer Matthew Clarke. Because of this, Karow assumes a lot of the soloing and high-range guitar part responsibilities, but handles these with notable ease. Whilst there is no doubting the quality of the show, composition of the epic-sounding songs or the value for money of seeing one of heavy metal’s true legends strutting his best stuff, the impression still lingers that this is just a bit of fun for Wino and his mates. The lack of crowd interaction, or a well-planned encore serve the notion that it won’t be long until Wino is dusting off his chops to reunite with The Obsessed in 2012 or prepare new material for one of his other, bigger doom-driven projects.

That said, there isn’t anyone with quite the same charisma or a sense of aura that the well-aged guitarist has garnered steadily over the years. The Premonition 13 songs stand up well to the rest of a classic-laden back catalogue and the mixture of traditional doom and a modern take on classic rock doesn’t disappoint anyone here tonight. Many consider the number 13 unlucky, but for Wino and Jim Karow, they’ve hit the rock n’ roll road running as strong as ever. 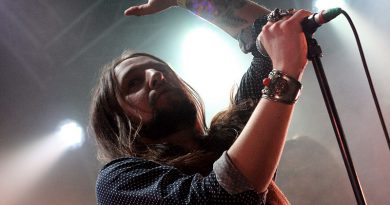 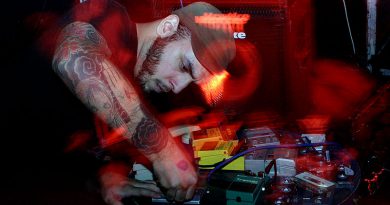 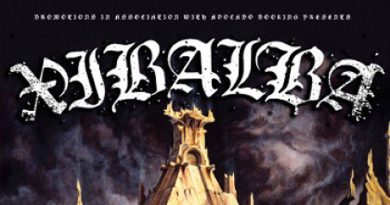