Hot off the back of releasing the fantastical new album, Nefarious Wave, I got the opportunity to fire some questions at new bruisers on the scene, Somnuri. Looking in to the inner workings of the band, I received some compelling answers from Phil SanGiacomo (drums), learned a few things, and spotted some incredible bands getting name checked along the way. I also got to see the answer I’ve been waiting on, in response to question eight, an answer that for all the interviews I’ve done to date, I had hoped to see in some form, but up to this point, had eluded me. So please, sit back, and enjoy my Q and A with the incredible Somnuri.

OK, opening question, Somnuri, why choose this for the band name and what are its origins?

How did you guys form? Have you worked previously together?

We had played shows together in other bands and knew each other from the scene but we ended up sharing a rehearsal space and eventually striking up a conversation. Justin was looking to play guitar in a band and he reached out to me about trying to put drum grooves over some of his riffs. We’re both multi-instrumentalists and are able to bounce ideas off each other easily. Justin and Philippe played in a band called Tower previously, so we knew we’d all gel. This current line-up is hitting its stride.

This current line-up is hitting its stride…

Who would you say has influenced you musically, both individually and collectively as a band?

We always talk about Deftones being the common influence, maybe Queens of the Stone Age too. But as for other influences, we’re really all over the place. It really helps us keep the possibilities open when we’re creating new music. There’s no style off limits.

With the hardcore element in your sound, is it more from any local influences (the NYHC scene), or was it more of being a sound you were drawn to? Or is it just an inadvertent off shoot from the sound you create?

I think New York in general has a certain influence on you musically, no matter what. The history of hardcore punk runs thick here. My hardcore roots are with bands like Every Time I Die, Converge and Dillinger Escape Plan. Justin brings a lot of thrashy hardcore riffs to the table and we certainly channel that energy with certain grooves.

As far as outside of the band, what are your guilty pleasures musically?

When choosing tracks for Nefarious Wave, did you have a set amount, or were there more to choose from, and it was scaled down?

We have an extra song we want to release by the end of the year. It’s a long sprawling song and seemed to be the oddball in the batch this time around. We always have a surplus of riffs and ideas but this one needs a proper release. Stay tuned!

Have there been any new and emerging bands who you would recommend? It’s always good to give the new guys a hand up, where possible…

Yeah for sure. I hate leaving any out but two in our scene that always come to mind are Moontooth and Netherlands. At this point, they may have already ‘emerged’ but they’re both badass and deserve the praise. They just churn out super well written and produced music and it’s inspiring. Loss Becomes is another local band that I’m interested to see come up. Out of town, the band Hollowing Giant is really rad. So many, hard to just name a few!

Commercial success, or underground heroes? Which is the main drive for the band?

Success is relative but it’s definitely more impressive to me when a band cuts their teeth in the underground first. We certainly aspire to play to as many people as possible though, so some might consider that commercial in a way. But I don’t think any of us give a fuck about personal online status or fame. Those kinds of ego driven goals get checked at the door with us. The goal is always to share what we create with as many people as we can.

Moving forward, what’s next for the band and do you have any plans to tour as COVID restrictions ease?

There’s a huge rush to book for the late summer and fall. We’re trying to carve out our space for sure and will certainly be getting out of town this year where it’s permitted and feels cool.

We don’t really think of, or reference, specific bands when writing…

‘Brutal and punishing, like the newest incarnation of Sepultura’, is this a fair reflection, or purely accidental, and something you would actively try and avoid?

As far as a comparison? No, we wouldn’t try to avoid that at all! We don’t really think of, or reference, specific bands when writing, so it’s even more interesting when someone brings a band like that to us. It’s flattering, like we didn’t think of Sepultura at all when making this record but the influence may be ingrained somewhere for sure.

Thanks for taking the time and for the support, hope to play a show near you soon! 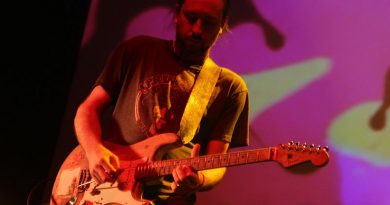 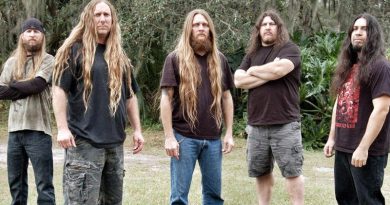 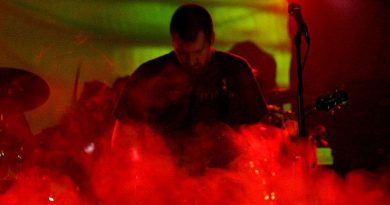