One of Norway’s chief stoner exports Lonely Kamel have had a terrific 2014, off the back of their fourth studio album Shit City and a successful European headline tour. They are always greeted with a hero’s welcome upon each return to the UK and they share a similar relationship with our musical history. After a few months off of the road, bassist Stian sat down to answer some questions about the origins and ethos of Lonely Kamel, their relationship with the UK and a dream collaboration of monstrous proportions. 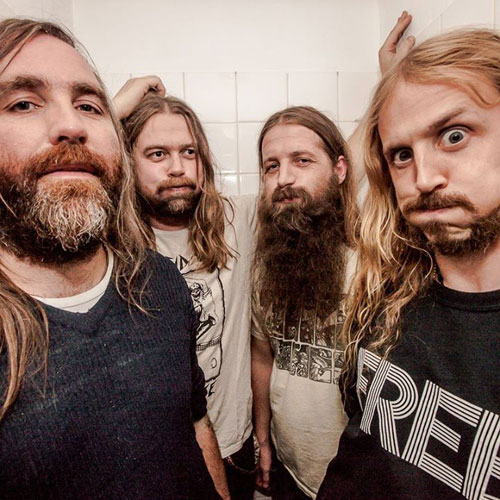 What made you settle on the name Lonely Kamel?

The name comes from a trip some of us had to India, we met a Buddhist guy who mentioned the “Lonely Kamel”. He talked about how the world went wrong and the Lonely Kamel was on a mission to make everything right. It was a sign…

Does it feel odd to you making warmer sounding music in colder climates?

No, it’s nothing we really think about or try to do. We play what we like and hopefully the songs make a difference for some people, whether they are cold or warm. I think some of our songs, like Seventh Son is pretty cold anyway.

How did you come about naming the album ‘Shit City’? Is there a narrative or story behind it?

It was an idea from Thomas. We all had mixed feelings about where we were in life and how things were at the moment. And it’s always changing. I guess the city you live in gets a lot of the blame whether you’re happy or sad. I quote Thomas here:

“Shit City is a place, a state of mind. A love and hate relationship. A result of good and evil, always progressing.”

Take us through the song writing process for a Lonely Kamel record. Do you write when inspiration strikes or when it comes to knuckling down in the studio? 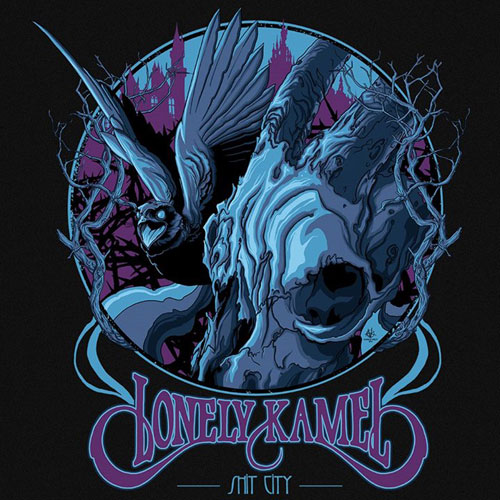 There’s a lot of British influences on this record, from the likes of Zeppelin, Cream, Hendrix and 70s punk to name but a few, not to mention you go down well with UK crowds, do you have an affinity for British music and its history?

Maybe British music from late 60’s, early 70’s is our main common influence in the band but we were raised in the eighties and nineties with that music scene as well, and the MTV “generation” was a big deal when we grew up. I guess at the time a lot of the music sucked, especially if you like guitar-based music. Maybe that’s why we looked back to the 60’s & 70’s. But the grunge wave was also a big deal for us, but again those bands were also inspired by the seventies sound so it all goes in circles I guess. And even today we can feel the importance and influence from that era so it definitely had a big impact on us.

If you could work or collaborate with one person, be they dead or alive, who would it be?

There are some strong rock releases coming out of Scandinavia recently, yourselves included, what do you think this is down to?

Hmm…  Inspiration.  And the feeling of wanting to say something maybe, to contribute. I don’t know. Maybe we’re just bored to death (laughs). But when bands like Kvelertak & Graveyard can make it, the common man realizes that it’s possible to get somewhere with some effort and love of music.

How do you come across new bands/music and what are you enjoying at the moment?

We are constantly bombarded with new stuff on Facebook or in the media, but it’s not always there you’ll get to know the good stuff. So with a little interest for music, you still have music magazines and gigs and record shops with integrity. I’m not sure what the others are into right now, but I think there is a lot of good stuff happening in our hometown Oslo worth checking out, like Hombre Malo, Hymn, and more. 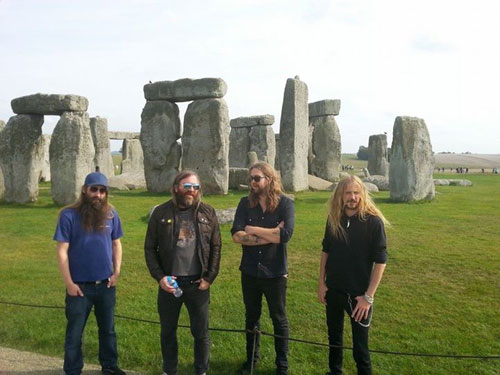 Does this sway you in any way as to who you take on tour with you?

Yes it might. We have some friends in good bands like Hombre Malo and Brutus and so on, cool guys who we get along with well, but also totally new acts are inspiring for us too.

You’ve been around Europe a lot in the last few years, do you have any amusing or embarrassing stories to tell from being on the road?

Yeah, maybe a festival we did in Norway one summer, when we were playing last and miscalculated how late it actually was. We started drinking pretty early and then the gig was delayed 4 hours or something. So we ended up playing 5.30 in the morning. Don’t have to say that we had too much to drink maybe, but so had everyone else at the festival. Most people had either blacked out in front of the stage or went to their tents. The rest of the crowd were like zombies running around drunk, climbing up on stage making it even more difficult to play. I remember playing a whole song in the wrong tuning, and Thomas talked German most of the time thinking we were in Berlin. On top of that, Lukas got food poisoning, and obviously didn’t feel very good. And they had a bar on stage with a wasted bartender. When we were done playing, the sun had come back out. That was pretty funny.

What is a typical day on tour with Lonely Kamel? Any pre-show rituals so to speak?

A lot of free time doing nothing.  Just a quick walk through the different cities before soundchecks, drinking a beer, but no rituals. Thomas blows in a bottle of water so his voice doesn’t fuck up. Espen is blowing in the wind.

Is there anywhere in particular you haven’t toured yet that you’d like to visit?

Thanks for taking the time for this interview Stian, and best of luck with your endeavours for the new year.

And don’t forget to read Jason’s review of Shit City which is available now on CD, vinyl and digital download from Napalm Records. 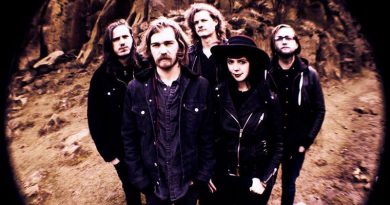 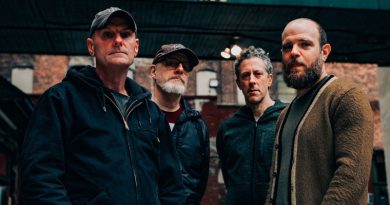