I first heard Iron Hearse about 3 years ago and was very impressed with their no nonsense, heads down doom and roll sound. Since then they’ve been through various ups and downs but keep plugging away with steely determination. I caught up with mainman Grant to shoot the shit.

It seems you guys have been around for donkey’s years with flurries of activity, then you go to ground for a bit then come back kicking again. It seems you have a long and varied history so could you bring us up to speed on the story so far?

After playing in several different bands over the years, 3 old school friends got together to create a band that really rocked. It was 2001 when we began jamming in a dilapidated old shed, and soon we had 3 tracks together for a demo. From then we just kept going despite line-up issues; first drummer left, second drummer left after moving to 2nd guitar for a bit, 3rd drummer has just left…I think maybe we’re becoming a bit like Judas Priest in the drummer dept! Chris drummed with us for the last 5 years and on our most recent recordings, so his sound is the one most people are familiar with.

If I was pushed to describe your sound I’d have to go for greasy biker doom. I hear a distinct Obsessed influence in the vocals, guitar playing and overall groove. What other bands have been an influence on you guys?

Definitely Cathedral, Sleep, Electric Wizard, Motorhead, The Obsessed, Acrimony, Pentagram and of course Black Sabbath; maybe a bit of Cream and Hendrix too, and classic Fu Manchu. We also have a Death and Thrash metal background, so that probably contributes to the sound also in some way; as we don’t come from a rock background, but from a metal one. We’re metal musicians dumbing it down and keeping it simple. Ha ha 🙂

You’re from Swindon…it’s not really that much of a rock and roll town is it (having played there twice with you guys we have first hand evidence!!!). How do you find it trying to maintain a band in a town like that? Is it hard to get people interested and find musicians into the same type of music?

Yeah it’s a shame as a band should ideally be big in their own town before going out to conquer the rest of the world, but locally we’re practically unheard of. People chance upon our gigs as if it’s our first performance. They don’t care about this kind of music in Swindon, but that fuels us to gain recognition elsewhere. We’ve been lucky with musicians. I’d never want to try to start a band from scratch in this town (and at our age) as it would be practically impossible.

Run us through your releases so far?

Self released demos:
‘A Slow & Heavy Ride’, ‘Iron Hearse’ and ‘Ruins of Doom’

Self released EPs:
‘Peddle the Metal’ and the strictly limited ‘Live in the middle of nowhere’ CD. 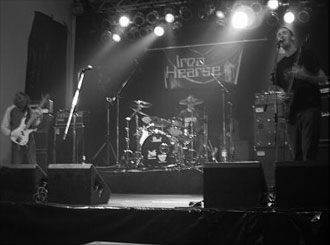 Your early product came out on the small but awesome Gallipoli Records, what happened to them?

You’d have to ask Kev from Battlewitch as he was one of the label co-founders. I think they just ran out of time, money etc and saw little effort in return on the part of the bands involved.

Your album was reissued via Psychedoomelic Records, how did you hook up with them and are there plans to work with the label in the future?

I had been in contact with a guy called Mark Hegedus who really liked our debut album and said he’d love to do a re-issue, so this went ahead with great results. We have a couple of vinyl releases planned with them, and hopefully some more stuff in the pipeline. They’ve been very good to us and continue to help Iron Hearse reach a far wider audience than we ever could have done on our own.

We’re looking forward to meeting Mark when we finally get round to sorting out some shows over in mainland Europe.

It seems you got a lucky break after a gig with former Revelation man John Brenner’s current band Against Nature in Bristol and he has released some Iron Hearse stuff digitally via his label Bland Hand. How did this come about and will you be doing anything with them in the future? What prompted the decision to go with rehearsal recordings rather than maybe old demo stuff?

He was eager to get involved with the band and has talked about getting us over to the States for a tour, as well as possibly recording with him at his own studios. We discussed putting some MP3 stuff on his site and decided on old demos and some ‘previously unavailable’ rehearsals, just to give people something different to listen to and show them the roots of the band. It’s cool getting involved with John. One of the first doom LPs I bought was Revelation ‘Salvation’s Answer’, so his part in producing some classic doom is well documented. 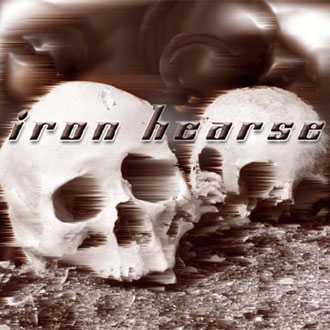 You’re one of the few underground UK bands that have managed to get your arse over to Europe when you played the Doom Shall Rise festival in 2006 alongside bands such as Beehoover, Debris Inc and Solitude Aeturnus. How the hell did you manage to blag that?

Easy really. I e-mailed them and sent them a CD asking if we could play the fest sometime, then totally forgot about it not really expecting to hear back from them. I didn’t hear anything for about 6 months, then one day out of the blue we got an e-mail asking us to play. That was a cool experience and great fun.We had a hotel room each; you just don’t normally get that when you’re a band at our level!. Also got to meet Dave Chandler (Saint Vitus) and Ron Holzner (Trouble) playing in ‘Debris Inc’. That was a great experience, especially when we found out that they’d both been watching us play and thought it was pretty cool.

You’re soon to part ways with your octopus of a drummer Chris, why is this? What’s the situation with a replacement and how will this affect your current plans?

Full steam ahead as far as current plans are concerned. Chris simply didn’t have enough time to commit to the band and our increasing activities and decided to bow out before things became more hectic with gigs overseas, new recordings and that sort of thing. We wish him all the best for the future and will still see him regularly as we all live pretty close to each other. He plays in a rock covers band called Shepherd’s Pie which you should check out. We’ll be auditioning drummers soon and finishing some new material.

I’ve heard rumours of more European dates and possibly a trip stateside, what’s the story there?

Our plan before losing Chris was to tour Europe in the summer with the help of Psychedoomelic Records, and then to head over to the east coast of the States for a festival and some gigs in the autumn courtesy of John Brenner. Obviously the drummer situation means we’ll most probably have to put this on hold until next year, but on the positive side it means we can take the time to work on new material so that when we hit the road again we’ll have some new stuff to play rather than still relying solely on old stuff.

Your track “Rocktopus” is a bona fide doom rock classic with an awesome riff…did it feel special when you came up with that one?

Yeah it felt pretty good, although we get pretty excited about all of the material. There’s a new track called ‘At the Stones’ which rolls along in a similar style too, as well as ‘City of Vanishing Spires’ which is more slow and doomy in the traditional sense and is about ancient villages which have now been consumed by the sea! 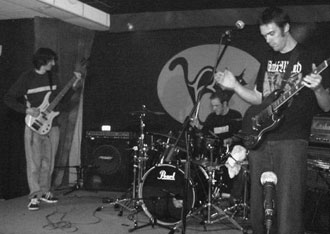 Lyrically you seem keen to carry the metal torch and indulge in some rock fantasy. What sort of things inspire you lyrically to “worship at the altar of true metal”?

It sounds like a cliché but HP Lovecraft tales are a big inspiration. Other than that, myself and Liam have always liked strange tales, mystery and myth, and odd bits and pieces we’ve found in books or on the internet. Often Liam will e-mail me something he’s found and I’ll write a song about it.

As one of the more established bands on the UK doom/stoner underground scene, what other bands are there out there that you would recommend to a newcomer?

Grifter, of course 🙂 I don’t really check out much new music as I’m a lazy bastard and tend to listen to the same stuff I always have; buying the 100th album of an older band rather than checking out new music. Liam isn’t really even into metal anymore but prefers dub-reggae and sold most of his old collection. I can only recommend the bands we’ve played with, and Grifter, Battlewitch and Outburst are my 3 favourites.

To a total newcomer I’d recommend buying Sleep ‘Holy Mountain’ & Electric Wizard ‘Electric Wizard’ as these albums capture everything cool and exciting about this style of music.

Ok, I know you’re a happily married man but work with me on this one. You’re on a first date with a lady, it’s going well so far but you need to test her devotion to metal to see if it’s going to work out…what 5 albums do you play her to test her metal/rock credentials?

What are the band’s plans for the future?

Firstly a vinyl 12″ EP and split 7″ single (with California’s ‘Leather Nun’) for Psychedoomelic Records. These will be available this year!

We’re also in discussions with another label about putting out our second album in 2010. 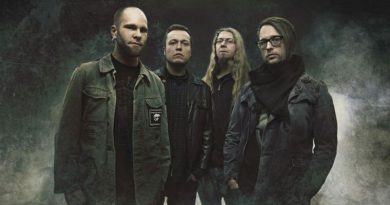