Oxford’s Desert Storm have only been together for a few years but their impressive DIY work ethic, band unity and ability to create their own opportunities through their own promotion company has seen them raise their profile and play alongside some big-name bands. However the main reason for the attention they’ve been getting is down to their legendary live performances and well-crafted, catchy-as-fuck songs that combine elements of Sleep, Down, Clutch, Pantera and their own unique brand of southern, stoner rock. They are Matt Ryan (vocals), Ryan Cole (guitar), Chris White (lead guitar), Chris Benoist (bass) and Elliot Cole (drums).

Hey guys, thanks for taking the time to answer some questions. I’ll launch straight into it: How did you guys form? Can you give us a little information about how you know each other, previous bands, general history etc.

We formed early 2007 – in our late teens with a common passion for all that is heavy! We have all been in previous bands before Desert Storm, so when they came to an end we got together for a few jams and found that we had very similar tastes and wanted to follow a similar direction musically.

Everything from Sabbath, Zeppelin, Clutch, Kyuss through to Bongzilla, Eyehategod, CoC, Iron Monkey, Crowbar, The Sword etc. We all have similar tastes in rock, but we have a wide range of influences in other genres like blues, folk and trip hop amongst others.

With that in mind, here comes the dreaded “what are your favourite albums?” question. One each please.

Life experiences, emotions, ideologies, philosophies, partying, spirituality, nature. Our musical ideas just come from listening to as much music as possible, a lot of ideas come from other genres that we try and work into a rock/metal framework. 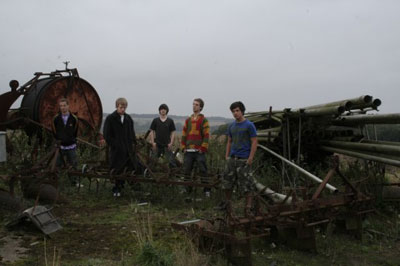 So how does the song-writing process work for you guys?

It usually starts with a guitar riff, a lot of stuff is recorded on phones as we try and document ideas as soon as possible so they aren’t forgotten. We then look at it as a band and develop it into a structure while Matt sits there and writes lyrics and thinks of melodies. We try to do it all as a band so that everyone has an input so that each of us is happy with the end result, we like to do the music and lyrics together so that they don’t sound mismatched, before trying to put prewritten lyrics over a prewritten song has left things sounding a bit disjointed.

What is your band’s ethic/philosophy?

Getting cunted and laying the smack down on stage.

Woah! Good answer! You guys also organise gigs through your own Buried In Smoke Promotions which has seen you attract and play with the likes of Orange Goblin, Firebird, Dopefight, and many other great bands – what is it like trying to organise bands? What do you expect from the bands you put on?

It can be stressful, but we only put on bands that we think Rock! When we put on gigs we just like the bands to arrive on time with a professional attitude, and stick to their set times, but the main thing is to not rely on us to sort out gear share. We don’t mind if we are playing, but if it’s just a night that we are promoting, it makes our job a lot easier if the bands get in contact with each other to discuss kit share as it’s one less thing to worry about.

Have your nights been successful? Who else have you put on? How should bands contact you if they want to get a gig from you guys? Any future plans or big names lined up?

Yeah I’d say the nights have been very successful so far. Only really lost money once, in the eighteen months we’ve been promoting. If you wish to get a gig through Buried in Smoke Promotions, contact Ryan or Elliot Cole at buriedinsmoke@live.co.uk The bands we have booked so far include: Orange Goblin, Taint, Winnebago Deal, Firebird, Witchsorrow, Dopefight, Trippy Wicked,Grifter e.t.c.

We’ve got Saviours confirmed for November which should be big. Keep your eyes peeled for more massive nights in the new year as well! 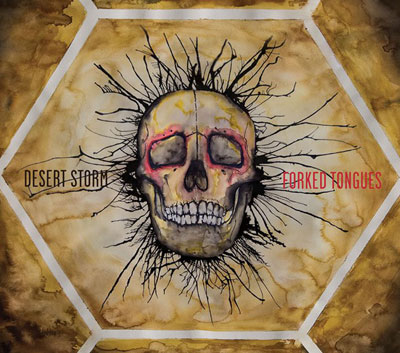 Your album “Forked Tongues” has been getting some great reviews from a diverse list of publications and blogs – what do you think makes you appeal to the same people who read Classic Rock and those who visit the Sleeping Shaman?

There are a lot of similarities between Classic and Southern rock, and we are influenced by elements from both genres. We make it our own – Desert Storm “heavy grit,” balls-to-the-wall style!

Your sound is quite diverse – you could fall into several genres including stoner, sludge, metal and even classic rock – does this make it easier or harder to gain new fans considering how insular some genres can be?

Some people like the fact we mix it up, others criticise us for this – at the end of the day, we enjoy what we play and mix it up. That is our style and despite what the critics say we won’t change to fit some carbon copy mould.

Who are some of your favourite established bands right now? Who have you enjoyed sharing the stage with?

There’s a pretty strong metal scene in Oxford right now with several promoters putting on heavy nights across the city – who else, apart from yourselves, deserves a mention? What is your take on the Oxford and UK metal scene in general? 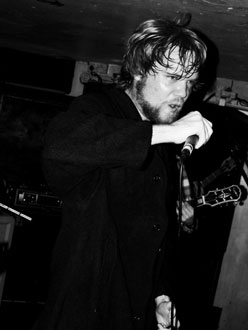 What can we expect from Desert Storm next? Is there a new album in the works? Who’s involved in that?

We are gigging across the country with tour plans in motion and a new album is already in production with Jimmy Evil, who engineered Desert Storm’s “Forked Tounges” album; along with other artists such as Undersmile, Mother Corona, Agness Pike and Beard of Zeuss.

Will you release the new album on your own Buried in Smoke label?

We intend our new album to be released under another label which we are unable to discuss at the moment.

What will the new album sound like? Having heard new songs including “Titan” (which is fucking awesome by the way and possibly one of your most interesting and heavy songs) it seems like the Desert Storm sound is getting more diverse? Do you agree?

Maybe we’re becoming more diverse – many critics have said we are already so but we’re just continuing the jam. The sounds are (and have always been) run in tandem – just playing whatever comes and because of this there is a definitive easy Desert Storm sound. We play what we love so if people don’t seem to dig any of it for whatever reason they can rest assured that we do. The stormers can expect a familiar experience to “Forked Tongues” – same direction just completely different journey.

You recently headlined a local all-dayer at the O2 Academy in Oxford: what was that like for you guys? What did it mean for the local metal scene and how was the audience?

Getting on stage at 1am was awesome – everybody in the crowd was drunk and sweaty from a whole day of metal so were in the perfect mood to listen to some filthy blues. People can mosh, groove or sway at the bar to us so we think we rounded the evening up nicely. It was great to see such a strong turnout and it’s really healthy for the scene. It shows the Academy and the whole of Oxford that metal is in full force with fans turning up and tearing out venues. We can only hope that these venues will allow more promoters to put on nights and trust the current promoters to continue doing a service.

Finally, you seem to be gaining fans all over the world. For example, what’s the deal with that german facebook group about getting you to play Germany? Can you explain a little bit about it? Have you got any plans to tour Europe or further afield?

A German fan set it up and it’s nice to know we have a following abroad. We have knocked ideas about touring outside the UK and it will happen one day when everything’s ready. Its been difficult with us all being in different cities around the UK with other commitments but that’s all changing at the moment. Listen out for the future!

Well that sounds intriguing, and as far as groovy, good-time, southern-style, finger-lickin, head-banging, spliff-burnin’ bands go, Desert Storm are one of the leading lights in the UK right now. Recent shows have cemented their ability to win over any audience with their energetic performances and accomplished tunes. Keep an eye on these guys, go pick up their debut album “Forked Tongues,” catch them live and stay tuned for album two; one way or another, Experience the Storm!

For more info on Desert Storm at: www.desertstormband.com 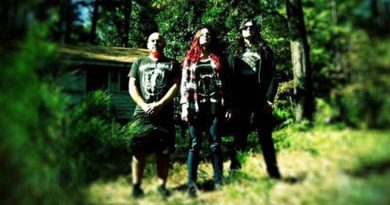 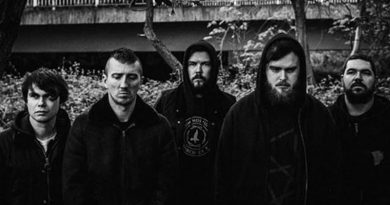