After a stunning performance at Temples Festival (I was there, it was stunning!) and with high billing at this weekends Beyond the Redshift, Amenra are making bigger waves than ever before in the UK. Below, Colin talks about the growth of the band, the importance of Church of Ra, and why Amenra’s almost mystical aesthetic is so appealing. 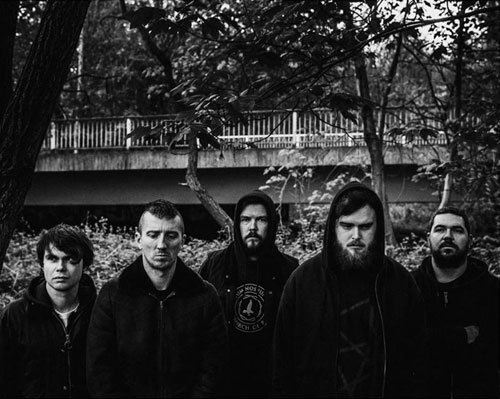 18 months on from the release of Mass V, how does the band feel about its last and some might say most epic release to date?

I think it’s typical for us to look down on anything we do. First thing we do after we ‘complete’ something is ask ourselves how we can do better, and question ourselves where we had gone wrong. So it’s fair to say that we can objectively listen to it and be proud of our achievement, but at the same time we’re pretty certain that further

endeavours will be more memorable. V is the album where we grew together, and we’re ready to explore new ground.

How did the collaboration with William Vanderperre come about for the Á Mon Âme video?

In all honestly we started mailing on FB about a show he saw in Paris. How he’d experienced it and so forth. How I’d experienced it. I didn’t have a clue yet who he was, and more importantly what he did. Not before he said he wanted to take our picture, I googled his name. Obviously I was blown away. And soon got together in Antwerp, Belgium.

We come from the same region in Flandres, and got along really well. We both knew where we came from; his stylistic approach to photography is in ways quite similar to ours. He is minimal, in ways, and honest. Guard down shows you what there is to see, but in his work he translates a seriousness, a sadness maybe.

Plans were made to work together on a ‘video essay’ of one of our songs, together with another friend of the family Nicolas Karakatsanis.

People that love the band seem to really fucking love the band, sometimes appearing almost cultish in their adoration (and I mean this in the most positive way possible). What is it about Amenra that you think inspires this response?

The honesty of it.

The whole Church of Ra family, including Amenra itself, contains quite a dynamic and large group of people. Often it seems like the collective is more important than any single individual. What value do you find in this collaborative approach to creating music and art?

It’s quite simple, together we’re stronger. We saw bands enough that were elbowing each other out of the way to reach their personal glory. We wanted the exact opposite, we wanted to bundle our force and reach out to those whom deserved it. See it’s about sacrifice, and being willing to stand in the shadow for a while so others can move on, we share knowledge and experiences. 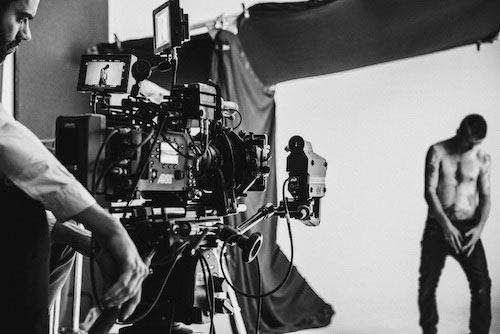 The music of the band changed quite drastically between Mass I and Mass III. What were the factors involved in this evolution of sound?

Probably growth in general, evolution as musicians and humans. We became adults, and presumably musicians with more insight, and experience, throughout the years, instead of moving further from each other, we’ve been blessed by growing closer, the family is growing stronger, and bigger/larger.

As far as sound goes, some of us are still playing with the same equipment we used in the early beginning, others fine tune and keep on fine tuning, there’s no end to the quest for a ‘better’ sound. Sometimes if you have something, good that suits you, you just have to swear to it.

To me, Amenra is a band that could be entirely instrumental without losing any of its power. What role do lyrics and vocals play in the overall “mise en scéne”? (Please forgive the pretention of using this term!)

A very big part, it is the soul to the body, some people will always deny the existence or the importance of it.

People whom assume this ‘statement’, might just not really understand, what we exactly do, or stand for. They probably never did the effort of digging into our work, in a decent or profound way. They’ve probably never seen us live as well.

The band has talked about live shows as though they are a sort of spiritual experience, creating and channelling the intensity that the band’s performances are known for. How does the spontaneity of a live show contrast with studio recording? In what way are these two processes different?

Live shows are instinctive and pure, studio work is meticulously artificial. We hate recording and dissecting the whole, it obliges us to end the process of writing a song, which never should end, songs evolving organically throughout years of playing live is a curious and beautiful thing.

Amenra is playing the inaugural Temples Festival in Bristol. For many in the UK scene this is going to be a significant and momentous event, something similar to Roadburn but easier to get to. How does the band feel about being on this line up?

Very honoured, by far the most interesting show we have ever played or are going to play on UK soil. 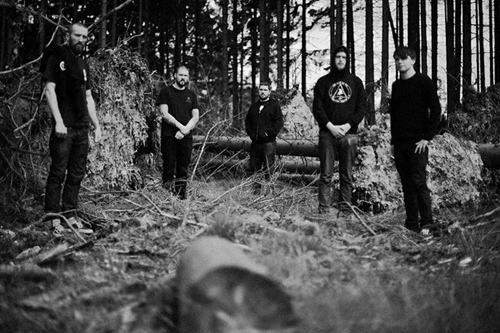 And how did the audience react to your performance at Temples? Here’s hoping you picked up 1 or 2 new fans along the way.

Well, apparently we made quite an impression. Also we were the first band of the festival to get a decent live sound, so listeners said. We just did what we did really. We’ve gotten shitloads of good comments and thumbs up from attendants on our FB page. And in all honesty stage sound didn’t allow us to go full force, we get a rematch in London this weekend.

You’ll also be playing Beyond The Redshift in London this weekend, will you be playing the same set that you played at Temples, or will you be changing it to suit the slightly different crowd that will be in attendance?

We never change our set especially “for the crowd”, we do what we do without compromise. We’ll see what we’ll do, when we get there, depends on what we feel is necessary

I understand a new book is expected later this year. How will it differ from the first book released a few years ago? What will the book contain?

The first COR book offered a poetic, philosophical insight on our functioning. The second book offers an insight into what goes on behind the scenes, and what Amenra stands for — even after the stage lights have faded. Both the theory and the practice behind the band are foregrounded.

Writer Mike Keirsbilck contributes an article on how he interprets Amenra’s philosophy and modus operandi. Its theoretical analysis is contrasted with an in-depth interview with CHVE on the roots, views, direction and aspirations of the band.

These words are shared by a series of photographs by Stefaan Temmerman. He has closely documented the band from 2010 up till 2014, which resulted in a particular glimpse at life on the road and life in the band. Temmerman made a unique selection of confrontational, sometimes understated, but always powerful images.

Words and images combined aspire to shed a clearer light on AMENRA.

There are also a number of split and live releases expected over the coming months, including a release with Treha Sektori that includes what has been reported as “an atmospheric ambient piece” titled Trahn. Is this a new direction for the band, something that might become more prevalent in the future?

It is indeed a main focus for the last year, it’s very interesting for us to push boundaries, and explore new worlds without losing sight on our identity.

Thanks for taking the time to read and respond to these questions. It’s been a pleasure to have this opportunity. Are there any final things you’d like to say? 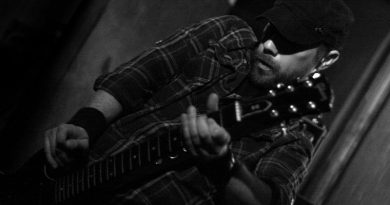 In Search Of Tone: David Majury Of Slomatics 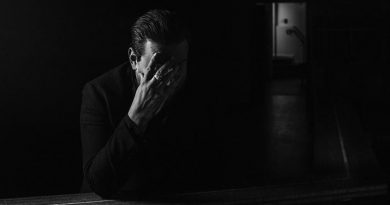