Scratch that – I must admit that this year I genuinely struggled to come up with a pool of releases that was much wider than the efforts that make up this list. I wonder whether the flurry of releases we had during 2021 in the post-lockdown rush might have impacted on the number and quality of new stuff in 2022? Everyone (with just two hands-full of exceptions) has been too busy getting back on the road to bother doing anything worthwhile in the studio!

Obviously, there will be a whole host of people who say the opposite, and inevitably in the next few years I’ll come across some 2022 classics that simply didn’t make their way into my lugholes during the year of release, but that’s their marketing strategy’s failing, not mine.

So, here are the very small number (ten, obviously) of records that I actually recommend you bother listening to whilst you are chowing-down on turkey sandwiches and refreshing yourselves with a fantastically extravagant Lidl-lager-and-Schloer shandy.

Is this cheating?… I don’t care if it is. If this list is about records that ‘came out’ in 2022 and made an impact, then this makes the list. Atma has always been in the ‘it would be a classic if it didn’t sound so awful’ category. Until now. This remix brings a power to these songs that we always knew was there, hiding under the gloom. A good album now made great! Here’s hoping for new YOB in 2023.

Fenice is the Italian word for Phoenix, and this album was billed as a bit of a rebirth for Ufomammut due to it being the first recording from a new line-up. Whilst for me it doesn’t particularly feel like a new beginning, I certainly think it’s their strongest album for maybe a decade – and that’s quite a compliment as I don’t think they’ve ever made an album that was any less than very good.

8. Hath ‘All That Was Promised’

As I’ve mentioned in reviews on a couple of occasions, I am not a big death metal fan. In the words of my dear-departed Grandad, ‘it’s all just a load of noisy bollocks’. However, Hath have managed to open my ears this year. This is just a quality record from whatever angle you come at it. It is crushingly heavy – brilliantly played – and it even has the odd melody thrown in here and there. If you have even a passing interest in the genre, or like me, you have long-since grown tired of it, then All That Was Promised may be the record to rekindle your death metal fire!

It might sound strange saying this after talking about Hath; but I think Pyrithe’s Monuments To Impermanence is the most challenging record on this list. Progressive sludge is probably the best descriptor I can come up with. It is insanely heavy, discordant, jazzy, tuneful, contemplative and also downright odd, all at the same time. Not a record that you will put on in the car – and it would frankly ruin your traditional family Christmas Eve cheese & crackers party – but if you want to pick up a record that demands your attention and rewards intent listening, then I haven’t heard anything better this year.

Back in 1999 Hot Water Music were by far my favourite band. I was at university in Leeds at the time, desperately trying to grow a beard, and Hot Water Music must have played five times in three years – each show better than the last (and once with Leatherface in tow – what a night that was!). They have carried on releasing material in the intervening two decades, but not until Feel The Void have I felt they’ve really re-captured that turn-of-the-millennium spirit. It’s just chock-full of great life-affirming songs, and anyone who has even a passing interest in melodic hardcore should give this a listen.

Sator manage to out-Wizard Electric Wizard on this marvellous slab of doom. The combination of ominous film excerpts and sludgy riffs might not be anything new, but damn, do Sator do it well. For a satisfying hit of head-nodding horror-filled filth you need look no further.

The Afghan Whigs had a run of three albums in the ‘90s which were borderline perfect. Gentleman, Black Love (my personal fave), and 1965 are brilliantly soulful rock albums, helmed by the enigmatic and erratic Greg Dulli. The Whigs have been playing and recording together again (with an almost original line-up) for quite a few years, but How Do You Burn? is the first time I think they’ve really gotten back to the heights of the ‘90s. They revisited UK shores very recently, but sadly from my perspective, the gig closest to me was at Manchester Cathedral, which would be number one if The Shaman had asked me to do a list of the worst live gig venues ever! Hopefully next time they play somewhere with slightly better acoustics; like a very windy field, or a multi-storey car park.

Great example of a record that grows in my estimation with every repeated listen – and I’ve listened to it a lot. Impeccably produced and featuring stand-out performances from all four members of the band; it’s Messa’s strongest effort to date and Suspended may be my favourite song of the year. I’m really looking forward to seeing them in the UK in February.

Cave In did one annoying thing this year – they played Manchester on the same night that Unsane were playing just down the road from me. I may have been the only person impacted, but I reserve the right to be pissed off. However, I’ll forgive them because Heavy Pendulum is a corker of a record. It balances antenna-like melody and accessibility with outright aggression, and I’m totally sold on the results. They’re already booked to come back to the UK next summer for festival appearances, so let’s hope it doesn’t clash with anything like a family wedding this time!

I said in my recent review of Chrome Ghost’s House Of Falling Ash that it was very likely to top my year’s-end list, and nothing has changed my mind. It’s like every element of their previous album has been enhanced, and it sounds HUUUUUGE. Great vocals, huge riffs, and the loud/quiet dynamics of The Diving Bell have been supplemented with really interesting noise/shoegaze elements. Without a doubt, my record of the year. 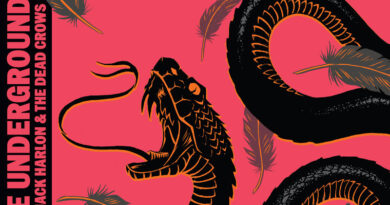 Review: Jack Harlon & The Dead Crows ‘Hail To The Underground’ 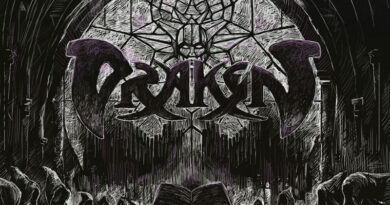 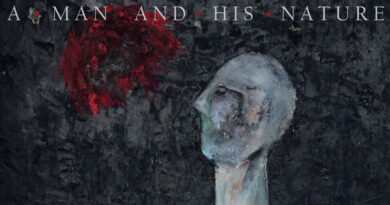 Review: Ropes Inside A Hole ‘A Man And His Nature’