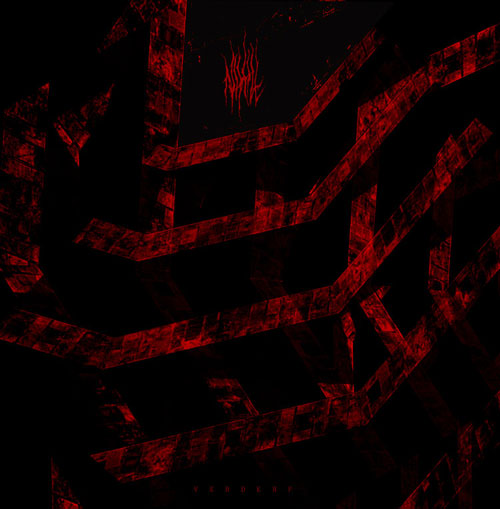 Burning World is proud to present a new addition to their roster in the form of Verderf by fellow Dutch country men NIHILL. It’s a renewed bond, already forced by the release in 2013 of the cassette As: Undead At Roadburn 2013.

NIHILL makes a perfect fit with Burning World for 2 reasons:

In the past Burning World already released records by modern day black metal luminairies as Wolves In The Throne Room, Altar Of Plagues and Vattnet Viskar. They consider NIHILL as one of the modern day original black metal bands that try to push the genre further into ice cold territory. Think Deathspell Omega, Teitanblood, Blut Aus Nord.

NIHILL is a Dutch band and in the last year Burning World released records by Monomyth, Atlantis and Seirom (just out!). They think these are 3 of the best Dutch albums released in the last 12 months and they are sure Verderf will make that number 4!

Verderf will be released on double vinyl, CD, cassette and digital later this summer.

Holland’s NIHILL are one of the few bands in current circulation to which some of black metal’s most common musical descriptors actually apply. Theirs is music of a truly relentless, cold and unforgiving nature, one which offers little or nothing in the way of relief or comforting melody. Though their albums are often punctuated by stretches of near silence or hushed ambience set between walls of frenzied blast and pummeling churn, these lulls serve to bolster the threatening whole in their absence of recognizable musical footholds. The winding paths laid by their music may be lightless, but the journey down them is one well worth taking.