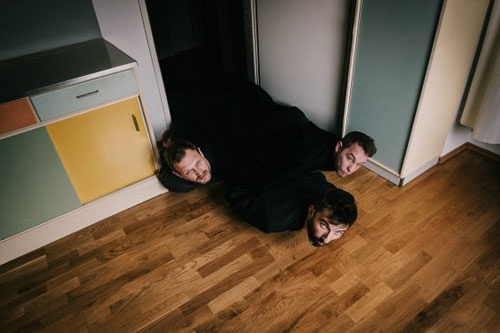 With longtime BULBUL cohort Ollmann Brunbauer in charge of the tracking, Hirn Fein Hacken was created in an aged farmhouse in the Austrian backwoods, the album’s name literally translating to “get your brain chopped into pieces.” Boiling over with creativity and energetic power from beginning to end, the record is an unclassifiable fifty-minute voyage to a place where genres are not ignored; rather they’ve never been realized. Aside from their customary rock backline, BULBUL utilized household instruments including tennis rackets, bicycle wheels, cooking lids and mattocks to pound out these ten stories, after which the tracks were digitally revised and reconstructed. It’s just something that must be experienced, as crafting hype fodder on Hirn Fein Hacken’s “sound” is just a foolhearted venture.

Yet the adventurous ones out there will try to capture this album’s maddening genius into descriptors, one of which is American Aftermath, who today unveils Hirn Fein Hacken’s fifth ripper, “Kanzla.” While it tops out at a colossal nine minutes in length, the track remains upbeat and engaging with BULBUL’s by-the-throat ingenuity, American Aftermath stating of the track, “As an instrumental, it takes you through a whirling and winding medley of masterful, expansive
music. Bass-heavy and mesmerizing, I am beyond stoked to present you with ‘Kanzla.’” 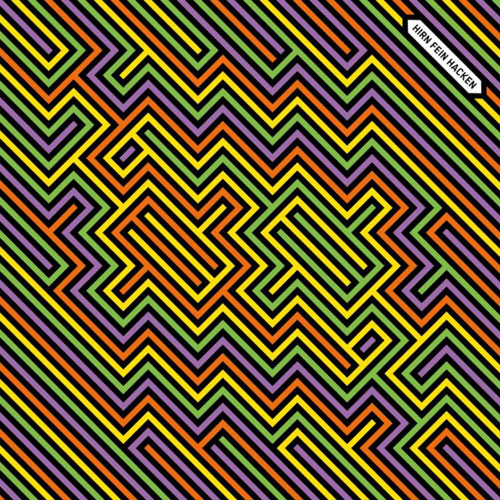 Get freaky with the “Kanzla” jam RIGHT HERE.

Also endure the previously released album opener, “Fire” HERE and also witness these awesome madmen in action with the new video for “Genderman Can” below:

Now celebrating fifteen years and seventy label releases, Exile On Mainstream released Hirn Fein Hacken in Europe in March and is available now from the labels webstore HERE, it will also see an official North America release on June 8th, the CD housed in a beautiful Holusion cover with partial spot gloss, and the massive 2xLP pressed on 180-gram pure black virgin vinyl. Earsplit Distro is the sole North American outlet to monger the vinyl and has pre-orders for the 2xLP live HERE and the CD HERE.