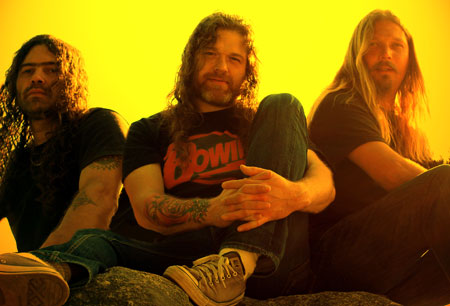 Last month, MOS GENERATOR and The Obelisk teamed up to premiere the first video from Nomads, “Lonely One Kenobi”, and now, the Port Orchard heavy rock trio is teaming up with The Sleeping Shaman for the exclusive premiere of “Cosmic Ark”. Following the great MOS GENERATOR tradition, “Cosmic Ark” blends the bands heaviest moments with heart wrenching melodies, while lyrically teleporting the listener through space and time, and was filmed and directed by Chris Mathews Jr. for Joonior Studios.

“We brought in a guy that I worked with on some Stone Axe projects,” said Tony Reed on the video direction for the new song, “It’s still a performance video, but unlike “Lonely One”, the lighting plays a bigger role in conveying the moods of the song.”

And today, The Sleeping Shaman is honored to premier the video which you can stream below.

Nomads will be available world-wide on October 23rd, 2012 through Ripple Music. The nine track album features the heaviness and elegant melody that have become the trademark sounds of the band, but this time lyrically exploring the more introspective paths of soul salvation. Nomads will be available through Nail/Allegro Distribution in North America, Code 7 in the UK, and Clearspot International through continental Europe. 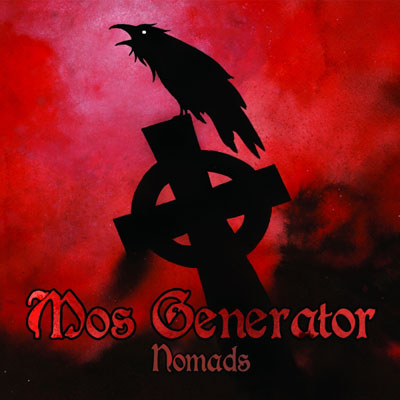 Here’s what the press has to say:

“With its bad-ass, balls-out, no-bullshit mix of classic, stoner, and cosmic rock, Nomads is unrelenting and packed with pure power, a bigger, bolder, modern day Never Say Die! and, really, how appropriate is that?”  —  Broken Beard 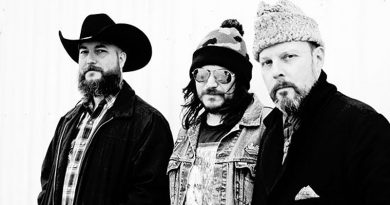