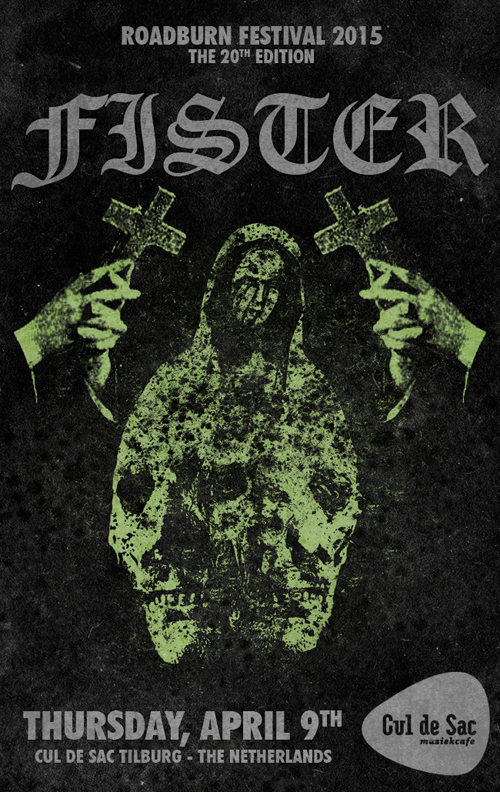 Cul de Sac is an intimate music café located across from the 013 venue at 48 Heuvel, which is the street lined with bars and restaurants (also affectionately known as “Weirdo Canyon”).

Last year, Walter & co officially used Cul de Sac as a fifth stage. It proved to be such a great addition to Roadburn that they have designated the friendly café again as an official venue for the entire 2015 festival alongside the 013 Venue and Het Patronaat.

In keeping with the tradition of grabbing a brew and honouring the gods of high energy, hard rockin’ action, they will kick off the 20th edition of Roadburn at Cul de Sac with the traditional Hardrock Hideout on Wednesday, April 8.

On Thursday, April 9th, Saint Louis, MO’s Fister will definitely bring Roadburn down to it knees through it’s blackened misery and murderous onslaught. The band’s disgust and desolation-fuelled feast of depressive sludge thrives on pure terror, and intimidation by volume and gore. There’ll be no chance to escape!

The UK’s Nottingham-based Moloch will show no mercy either, the band’s fucked up, gritty emotions will drag you down into a pulverizing pit of sickened sludge, leaving you gasping for breath.

Switzerland’s Cortez will follow, and prove that that you actually can get out of the habitual pattern of the power trio, and still offer noise-hardcore fury and incandescent anger by way of guitar, drums and voice alone.

On Friday, April 10, New Orleans blackened death metal heavyweigth’s Goatwhore, will be making an intimate appearance that’s guaranteed to be memorable. Considering the capacity of Cul De Sac is only 150, it’s sure to be utter mayhem, so folks will want to show up early for this must-see performance!

They can’t either wait for Germany’s Downfall Of Gaia to pelt and pummel the 20th edition of Roadburn with all their colossal shades of darkness – their post metal leanings are an avalanche of black earth and murky waters, while their lyrics poetically describe the dark side of living.

Stay tuned for more announcements, as they’re aiming to have a lineup of four bands on each of the four days, Thursday through to Sunday.

The 20th edition of Roadburn Festival runs from April 9 to 12, 2015 at the 013 venue, Het patronnat and Cul de Sac in Tilburg, The Netherlands. Get your tickets HERE. 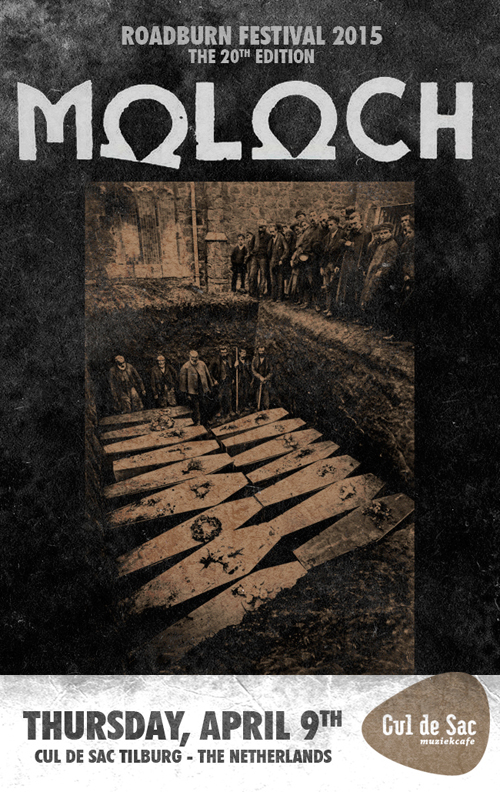 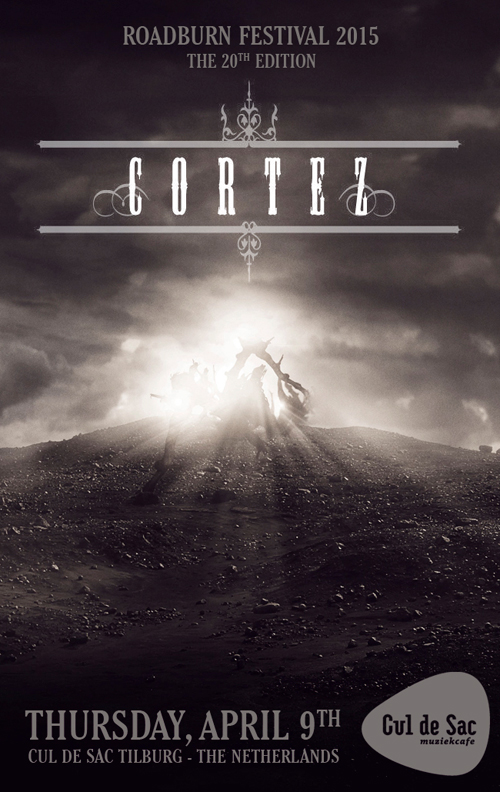