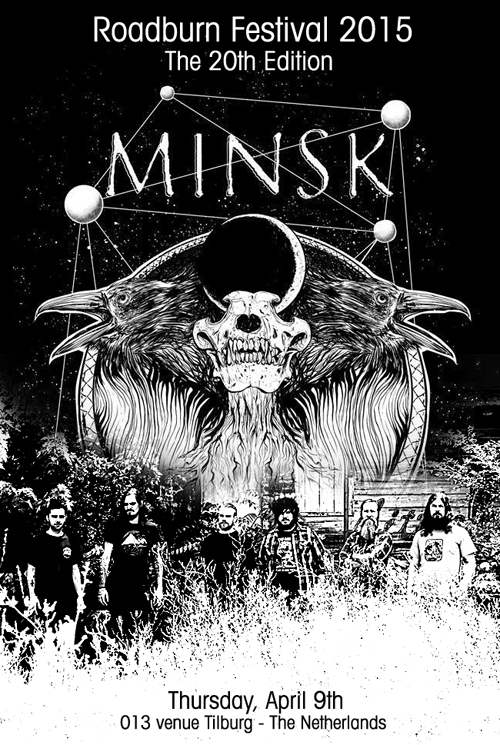 Illinois post-metal tribalists Minsk tore a hole in the heavy underground in 2005 with the release of their debut LP, Out Of A Center Which Is Neither Dead Nor Alive. Quickly signing to Relapse in that album’s wake, they toured hard alongside Trouble, High On Fire and many others.

It’s been six years since their third album, With Echoes In The Movement Of Stone, came out, and today Walter & co are proud to announce that Minsk will kick off their return European tour (alongside Floor) at this year’s Roadburn Festival at the 013 venue in Tilburg, Netherlands, on Thursday, April 9.

Known for their swells of sonic force and volume, Minsk recorded their fourth album this past Fall with Sanford Parker. It will be their first studio release since 2010 when they took part in Neurot Recordings’ Hawkwind Triad with Steve Von Till’s Harvestman project and U.S. Christmas. What a new Minsk album might hold is a mystery, since it’s been so long, but they’ve always had a central focus on atmosphere and meditative ambience to offset their raging thrust, so we look forward to finding out.

See for yourself when Minsk play the 20th edition of Roadburn Festival on Thursday, April 9, 2015, at the 013 venue in Tilburg, The Netherlands.

Desertfest Berlin 2013 To Show ‘My Sleeping Karma – A Tour Video’