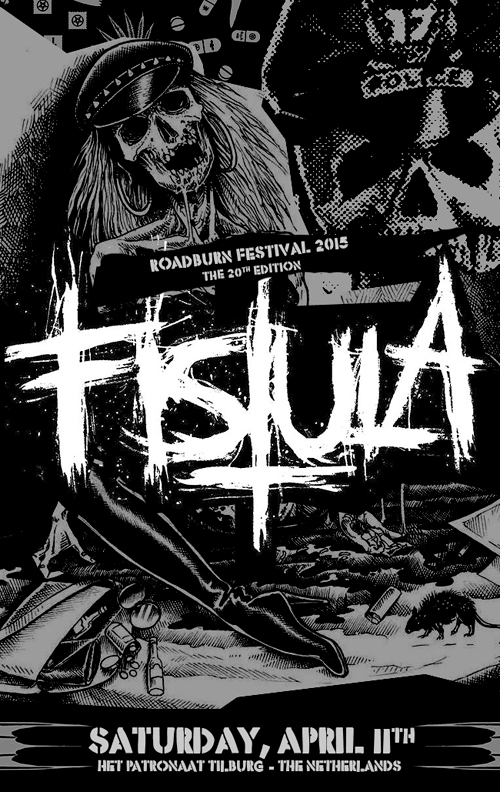 Now that Lord Mantis will no longer be able to play Roadburn 2015, Walter & co are excited to announce that Ohio sludge legends Fistula have signed on for the 20th edition of the festival. They’ll play Het Patronaat on Saturday, April 11 (thanks to Wombat Booking).

Born out of a primordial ooze made of recombinant DNA, dissolved Percocet and cheap hooch – or as they like to call it, Akron, Ohio – Fistula first became active in 1998 and quickly earned a reputation as one of sludge’s most deranged, malevolent acts.

Their catalog is an impossible-to-chase-down barrage of splits, EPs and singles no less chaotic than their sound itself, but in 2014, they released their first full-length in six years, Vermin Prolificus, and on songs like Smoke Cat Hair And Toenails and Pig Funeral Fistula proved they’re as terminally fucked as they’ve ever been.

“Everywhere Fistula go, they leave a trail of destruction behind them,” explains Roadburn Festival coordinator Walter Hoeijmakers, “So we thought, no place better to have them play than in the church.”

Founder, former drummer and current guitarist / vocalist Corey Bing, vocalist Dan Harrington, bassist Greg Peel and drummer Jeff Sullivan are sure to be the perfect blend of blasphemy and assaulting volume, and they couldn’t be more thrilled to have them at Het Patronaat on Saturday, April 11 for the 20th edition of Roadburn.