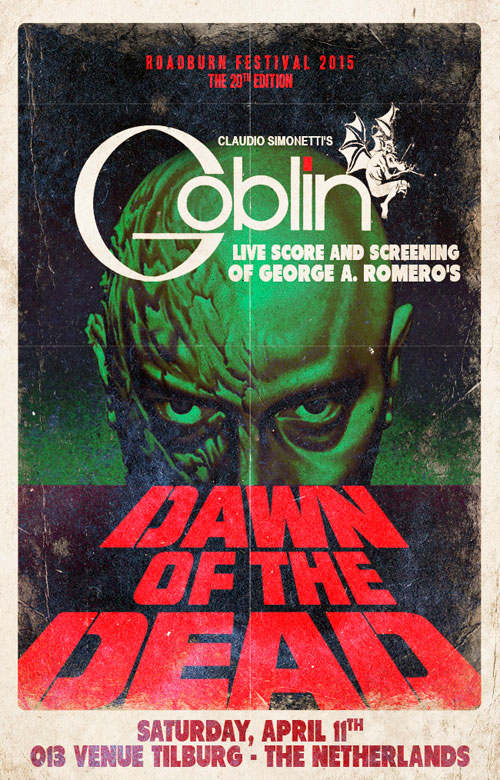 The Roadburn crew are extremely excited to announce that Claudio Simonetti’s Goblin will return to the 20th edition of Roadburn Festival, set for April 9 – 12 at the 013 venue in Tilburg, The Netherlands, to perform their much acclaimed movie soundtracks for the well-known cult-classic horror movies Dawn Of The Dead and Suspiria.

Led by Brazilian-born composer Claudio Simonetti, the band will perform the live scores in real time while screening both movies from start to finish, offering our beloved attendees the chance to experience these classic soundtracks and films in an entire new dimension.

This will be the first time that these soundtracks will be performed in The Netherlands and at Roadburn, following the band’s critically acclaimed performance at last year’s festival, when Claudio Simonetti’s Goblin were invited by curator Mikael Åkerfeldt.

Goblin’s scores for George A. Romero’s Dawn of the Dead (1978) and Dario Argento’s Suspiria (1977) rank among the best and most famous soundtracks composed and produced by these Italian progressive rock legends.

The much-anticipated performances will take place on the main stage at the 013 venue on Saturday, April 11 (Dawn of the Dead) and Sunday, April 12 (Suspiria). 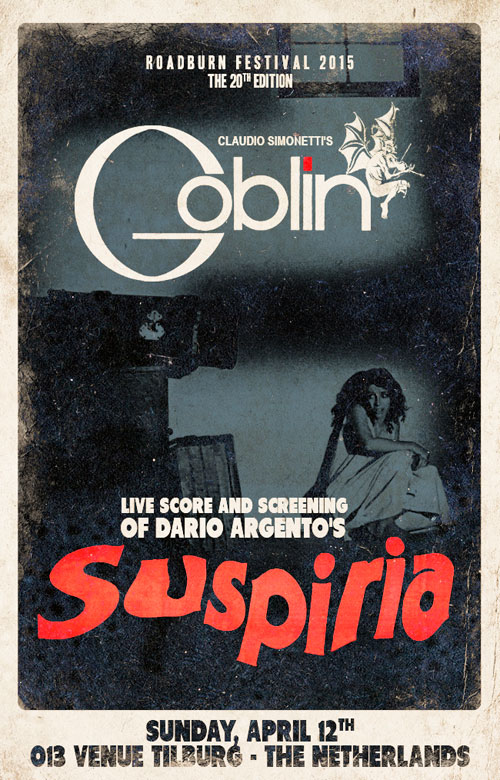