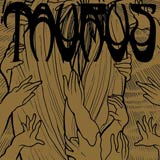 When I heard that Stevie Floyd of doom duo Dark Castle had formed a psychedelic doom side-project with Ashley Spungin of Purple Rhinestone Eagle I, like many people, was pretty excited. Floyd’s work with Dark Castle has been among some of the more exciting the doom genre has offered up for some time and while I was previously unfamiliar with Purple Rhinestone Eagle, a cursory listen to their most recent album suggested that Spungin’s retrospective musical aspirations would meld well with Floyd’s for a psychedelic release. Purple Rhinestone Eagle reminded me of the famous compilation of counter-culture garage bands, Nuggets: Original Artyfacts from the First Psychedelic Era, so I was imagining some kind of doom-metal 13th Floor Elevators or something.

Well, Life is a bit too freewheeling and unstructured to make such an immediate impression as anything that appears on Nuggets. However this is a good thing as there are plenty of positive things to be said about this record; the dynamics of the record are great –  Spungin’s simple, wide-open drumming creates a world of space for Floyd’s guitar to explore the outer reaches and really travel. The record has an expansive feel, the effect on Floyd’s guitar adding an almost science-fiction sound to proceedings. However this free expansive feel can give way to claustrophobic stabs of crushing doom in an instant, never allowing you to settle into too much of a groove on this experimental excursion.

In “Life Part I” the opening riff sets a wonderfully creepy mood, having already been unsettled by the first few minutes of noise and disembodied samples. The pulsating rhythm and swooning sounds of the samples creates the impression of having suddenly found yourself in another dimension or The Twilight Zone. The riff then ascends to an almost uncomfortable place before a shimmering chord rings out, leaving you to wonder where the hell you are whilst simultaneously adding to your state of confusion. The second half of the track is a far more sparse affair – lengthy acapella sections of backwards vocals, occasional doom crashes and banshee cries.

As “Part I” fades out, “Life Part II” creeps in with guitar arpeggios, crashing drums and mournful, drawn-out vocals, as well as long sections of feedback before returning to the riff that opened  “Part I”, completing the Life cycle, if you will. It’s hard to decide which track is the more out-there of the two, but once the dust has settled it doesn’t really matter. All that’s left now is to try to make sense of what you’ve just heard.

At the very least, it has to be said that Life is a trip. So many so-called “psychedelic” bands kick the same dead pentatonic horse – a loose, improvisational feel which is actually just the same old conventional jam session we’ve been hearing since the Grateful Dead starting riffing away almost fifty years ago. Taurus have created something which is so truly psychedelic it’s verging on being schizophrenic. When the record is over you actually feel like something has happened, like you might have just travelled somewhere in your mind. Sometimes the combination of meandering riffs, vocal samples and tortured yells on Life don’t always gel together naturally but this is intended to be an abstract record, and what kind of abstract record would it be if I could come to any kind of solid conclusion about it? 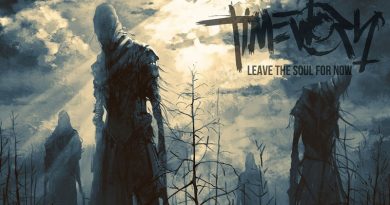