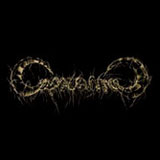 When I first heard about Capricorns I was instantly intrigued, I guess you could say they’re a bit of a ‘supergroup’ of sorts boasting members from the now legendary Iron Monkey (Dean Berry) & rock ‘n’ rollers Orange Goblin (Chris Turner), so when I saw this EP on sale for the measly sum of £6 I had to snap it up.

I have to say, even though I was looking forward to hearing this disc, I was a little apprehensive at the same time, as given my past experience of so-called ‘supergroups’, on paper they should blow everything into the weeds, but in reality they solemnly deliver the goods, could this be the same for Capricorns? In a nutshell….NO!

On first listen, I kinda took a step back, as it’s not as heavy, sludgy or even dirty as my preconceptions had me believe, as what we get here are 3 predominantly instrumental tracks lasting around 18 minutes in total. I guess the first comparison that springs to mind are Keelhaul and to a degree Pelican, as they have a very similar way of allowing their music to do the talking as it flows along seamlessly with it’s heavy riffage & natural groove, throwing in a few twists and turns along the way, especially on the final track ‘Transcendental Evisceration’ which features a surprise yet simple vocal arrangement that finishes off the disc nicely. The more I listen to this EP, the more I enjoy it and although there’s very little in the way of vocals, don’t let this put you off as the music Capricorns create still manages to engulf you with it’s hypnotic charm, as one minute they’re ripping out some serious earth shattering riffs before breaking it down into a more mellow and occasionally trippy & spaced out affair.

The only down side to this release is how short it feels, although that said, at 18 minutes you can’t really expect anything more but it certainly gives you a taster of (hopefully) greater things to come and with them already having shared a stage with the likes of The Melvins & Boris as well as a few dates planned with Electric Wizard, this may just be the beginning of something special, definitely a band to keep an eye on! 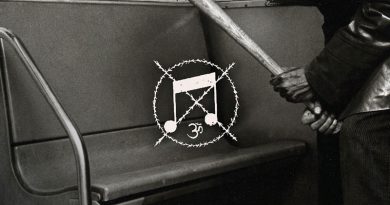