After five years in the making, Memphis based psychedelic blues rockers The Heavy Eyes gear up to make their long awaited return with a new ten track album Love Like Machines. Set to be released independently on 27th March as a digital download, while vinyl will be handled by Kozmik Artifactz, today we’re elated to bring you the fifth track God Damn Wolf Man.

‘Halloween comes early as we offer up a monster mash for the new millennium. No tricks. No treats. Just a voracious take-down on the fiends we call friends.’

Their fourth full-length and first new offering since 2015’s critically lauded He Dreams Of Lions, The Heavy Eyes continues to deliver their fuzzed out, bluesy, hypnotic riffs, this time with the addition of long-time recording engineer, Matthew Qualls, as second guitarist. Adding a new layer of depth to their groove, Qualls — who’s worked side-by-side with The Heavy Eyes for many years and has performed with them live in the past — enabled the band to collaborate in a different way exploring new song structures, tones, and attaining a bigger sound overall without stripping any of the grittiness and love of ‘60s and ‘70s rock that has shaped their sound since inception.

Despite the rabid reception of their first three albums however, Love Like Machines almost never existed. In 2017, the band was put on pause, with each member living in a different state. Spread across the Southwest and Midwest, there were new jobs, new cities, a marriage, and even a kidney disease diagnosis. In short, there was every indication that the pause might become permanent. But by 2019, The Heavy Eyes had found a second wind and was actively working on new material, exchanging beats, licks, and lyrics long-distance. After two bouts of recording, the record is here, five years in the making.

The ten-track Love Like Machines was produced by Qualls in New Mexico and Memphis and comes shrouded in the kaleidoscopic cover art of Emil Orth.

Love Like Machines will by released digitally by the band with Kozmik Artifactz handling the vinyl edition this spring. 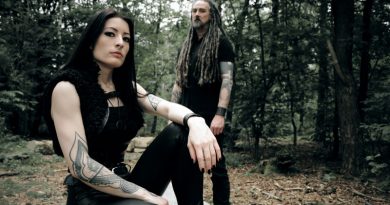 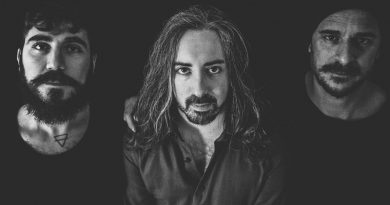 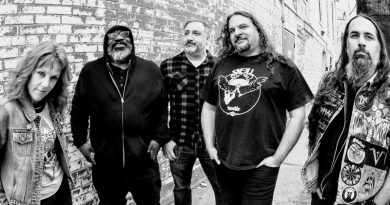