Blues Funeral Recordings, along with their truly awesome PostWax subscription series, have been treating we, the fans, to releases that are truly special indeed. The latest being We Lay On Cold Stone from the return of the UK’s Josiah, a band who made quite an impact on the desert, stoner, and psych rock scene back in the 00s.

Josh, who initially got quite giddy when hearing about this release, stated in his recent review of We Lay On Cold Stone, ‘The classic rock tones melt into the drums and create a timeless vibe’, then concludes by saying, ‘This is one hell of a comeback album for Josiah and sets the standards insanely high’.

Now today, it’s The Shaman’s absolute pleasure to be able to bring you this new long-player in its entirety 48 hours prior to its official release date this Friday, 15th July. So wait no more, click play below, and lose yourself for forty minutes with the heavy rock and psych stylings of We Lay On Cold Stone…

More On Josiah & ‘We Lay On Cold Stone’

At least a decade ahead of their time, Josiah had a three-album run between 2000 and 2008 that few in heavy psychedelic rock could (or can) match. Their 2002 Self-Titled debut, 2004’s Into The Outside and 2007’s No Time saw Mathew Bethancourt (guitar/vocals), Sie Beasley (bass), and a succession of drummers touring Europe and their native UK, playing festivals like Roadburn, Duna Jam and Stoned from the Underground, while headlining dates across the continent.

Recorded in Leicester and Wales during the pre-social media era of heavy, those early records (recently reissued by Heavy Psych Sounds) haven’t lost their edge, and even when Bethancourt put Josiah on hiatus to explore garage rock and psychedelia with The Kings Of Frog Island and Cherry Choke, there was never a loss of his enviable tone or signature songcraft.

Nine years on from their acclaimed Procession album, Bethancourt and company began to jam again, crafting songs with a darker edge to suit the times. Rumours of ‘The Resurrection’ began to spread, and with a chance to record amid the pandemic-stricken latter half of 2020, they set to work on their comeback album We Lay On Cold Stone, to be issued in the summer of 2022 as part of Blues Funeral Recordings‘ special PostWax series.

We Lay On Cold Stone, the new six track album from Josiah releases this Friday, 15th July, through Blues Funeral Recordings. Various vinyl pressings and digipak CD can be purchased from the labels webstore, and if you want to sign up to the PostWax series, three different subscription options are available. 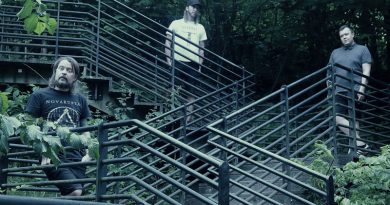 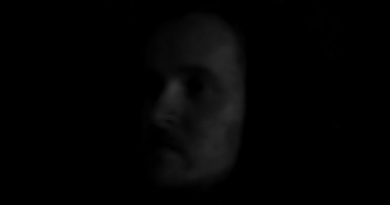 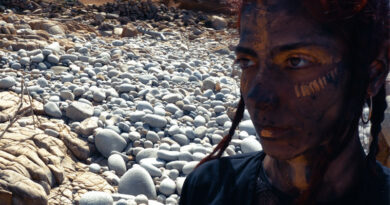