Have we got a treat in store for you our dear readers. As 2021 see’s the 15th Anniversary for Enablers and their seminal album Output Negative Space, which straddled post-punk, post-rock with spoken word, it also sees the approaching 10th Anniversary for the passing of drummer Joe Byrnes. With this in mind, Human Worth thought the time was right to remaster the recording and release it for the first time on 180g heavyweight vinyl.

Originally unshackled by Neurot Recordings back 2006, the reissue has received the blessing from label founder Steve Von Till, who reflects on what the album means to him, ‘This release has always held a special place in my heart and in the history of Neurot Recordings, I have always loved Enablers combination of spoken word and incredibly intuitive electric guitar. This is a beautiful way to honor the tragic passing of Joseph F Byrnes. Thank you Human Worth for being an ethical record label for the forces of good.’

And in homage to Joseph F Byrnes, Human Worth will be donating 10% of proceeds to Sounds of Saving, a charity that connects mental health to the positivity music can bring. So sit back, relax, press play below to hear the remastered Output Negative Space, before heading over to the label’s Bandcamp to place a pre-order knowing you’ve helped to support a worthy cause.

UK label Human Worth are extremely proud to present a special 15th Anniversary re-issue of Enablers’ seminal 2006 album Output Negative Space. Pre-orders have been available since 1st October, with a portion of proceeds going to music and mental health charity Sounds of Saving.

Originally release on Neurot Recordings – home to such monumental acts as Neurosis, Amenra, Isis, Ufomammut, Full of Hell and more recently Deafbrick, the album was a defining moment for the band and their sound, which had begun with End Note but become fully defined during the writing and recording of this record. In the words of vocalist Pete Simoenelli ‘End Note may have opened a door, but Output shut it and we never really looked back.’

The definition of a cult album, Output Negative Space is as heartfelt as it comes. In just over half an hour, Enablers twist and turn through the sprawling intricate guitars of Joe Goldring (Ex-Swans) and Kevin Thomson that glide elegantly before bursting into controlled explosions of sound. These guitars dance around the dreamlike poetry of vocalist Pete Simonelli, backed by the herding, jazzy percussion of Joe Byrnes, who sadly passed away in 2012. Enablers capture a special intimacy of sound akin to the jazz-rock of Tortoise, the overwhelming melancholy of Low and the frenzied fever dreams of Slint.

With this record reaching its 15th anniversary as well as nearing the 10th anniversary of Joe Byrnes’ passing, London based DIY label Human Worth have lovingly remastered Output Negative Space for vinyl for the first time, pressing up a limited edition run of heavyweight 180g vinyl, packaged in a stunning gatefold sleeve designed by David Hand (Lancashire & Somerset) which includes a hand numbered booklet featuring writings by vocalist Pete Simonelli and friends of the band remembering drummer Joey Byrnes 10 years after his passing, accompanied by rare tour photography by Owen Richards.

In homage to Joe Byrnes, 10% of proceeds from sales will be donated to charity Sounds of Saving, who aim to improve mental health and reduce suicide rates by celebrating the power of human connection to music and directing people to the resources they need before it’s too late.

Enablers and their seminal album Output Negative Space will be released for the first time on vinyl this Friday, 26th November, through Human Worth, with 10% of proceeds being donated to Sounds of Saving. Order your copy now over on Bandcamp. 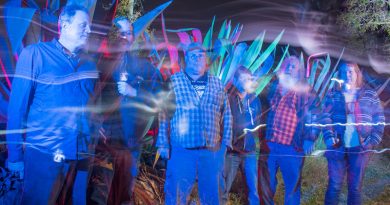 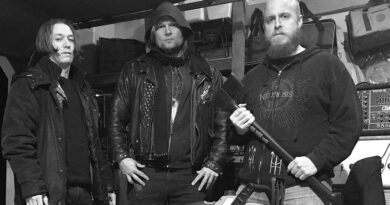 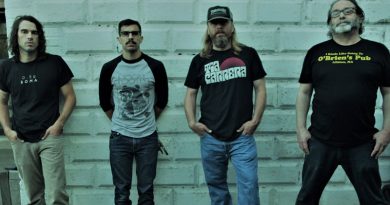