Sometimes you get those days when you want to break away from heavy doom riffs and soak up something a little bit more left-field, cue German quartet Baby Of The Bunch. Starting out life as a college band, over the last couple of years they’ve been building quite a following, especially within the German LGBTQA+ community with their Riot Grrrl meets indie, post-punk and new wave stylings.

As Baby Of The Bunch prepare to release their debut album Pretty But It Has No Use and although it’s being released through Revolver, Andreas over at Exile On Mainstream was instantly captivated by them saying ‘It totally caught me seeing such a young band bringing back what defined a big part of my youth’, so is helping to spread the word through his contacts as he continues to live by the motto ‘LOVE! NOISE! FREEDOM!’.

And today, to get a taste of things to come with the eleven-track, Riot Grrrl worship, long-player, we at Shaman HQ are super excited to bring you the video for the opening track Happy Here that was filmed by Lorenz Caspar of Hybris Films and features stunning choreography by Clara Nicola Blass.

I’m In A Band, taken from Pretty But It Has No Use by Baby Of The Bunch is a song they wish they could play for Iggy Pop. It may not sound that much like the Stooges, but it’s hard not to imagine the King of Sling grooving on lines like ‘Spent all my money on a new guitar, now I can’t afford to pay my rent, but I’m in a band, I’m in a band, yeah, yeah, yeah, yeah, a fucking band.’

Why a band? Guitarist Bronte and bassist Finja have a few answers, ‘We’re arrogant. We wanted people to look at us. We needed an opportunity to scream about stuff.’, they then add, ‘Puberty hit us so hard, we had to form a band, why a band? To be in a fucking band, man!’

So, what do they sound like, if not especially like the Stooges. ‘Riot wave’ is the name Baby Of The Bunch has come up with for people who need names. Riot as in Riot Grrls – and in particular Babes in Toyland – to cite a trend form the late 80s and its most snarlingly sarcastic practionesses. Wave – because Baby Of The Bunch harkens back even further: to the nervy synth lines of groups like Romeo Void or the Motels. And there’s some St. Vincent in the mix as well.

So just for the ladies? Get bent, ‘We’re not a guy’s band. We’re not even a girl’s band’ quip Bronte and Finja. They prefer Prince to Patty Smith and like Bowie, Kate Bush, Big Star and (would you believe?) jazz. Sometimes all at once. Bronte wants it known that Baby Of The Bunch shift into 5/8 time at the end of their song Watching Paint Dry, Finja then adds, ‘What’s that?’.

You don’t need to know that to enjoy Baby Of The Bunch, but what else do you need to know? That they come from Berlin, Leipzig and Dresden but are a particular hit in Wiesbaden. That someone in the band studies psychology, but it’s not clear who? If it helps you to get into Baby Of The Bunch, go for it – and for God’s sake, go see this fucking band live. And bring your inner Iggy with you when you do.

Baby Of The Bunch‘s debut album Pretty But It Has No Use will be released through Revolver on the 22nd April on vinyl as a 45 rpm audiophile cut, compact disc, and digital download, while pre-sales are available over at the label’s webstore. 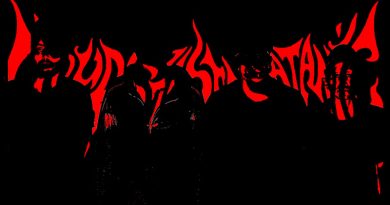 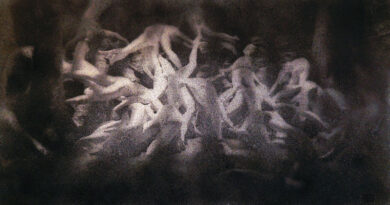 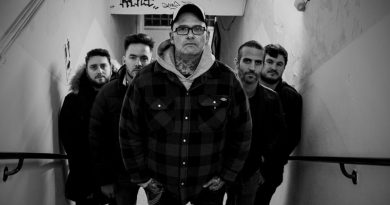