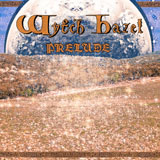 Since their formation in 2011, Lancaster’s Wytch Hazel have been something different. Never committing fully to a genre and genuinely sounding like they are not of this time, the divine quartet have won over a varied audience with their Surrender single and The Truth EP. The imminent release of their debut full length Prelude has come at an ideal time, with anything deemed ‘retro’ popular both in the music mainstream and underground.

Their debut begins with the band’s heavier side, Freedom Battle, sounding somewhere between Thin Lizzy and the more straightforward side of Seventies prog rock. Fans of the band will welcome this with open arms, sounding not too dissimilar to the likes of their debut single Surrender.

Apart from this opener the more familiar sides of Wytch Hazel are infrequent, with Prelude covering an impressive amount of musical ground, often on the softer side. The acoustically driven Psalm is a key example of the diverse nature of Wytch Hazel‘s music and shows the band are certainly for the more open minded listener.

This is, of course, what makes the band so revitalising and their mastermind Colin Hendra’s varying set of influences come across strongly. Listening to the differentiating tempos and styles between songs such as the hard rockin’ More Than Conquerors and the silky, medieval sounding Dark Ages, make for an album that can be enjoyed on different levels depending on your tastes.

What has always made Wytch Hazel stand out in the rock crowd is their overtly religious lyrics which are unapologetic and to the point. These lyrics are as blatant as ever on Prelude with Christian values and viewpoints being the focal point of the band’s message.

Like their music, Wytch Hazel‘s lyrical output will strongly divide opinions between anti-religious rock purists and the more flexible rock fan. This theme also runs the risk of wrongly being seen as a gimmick in the same way, ironically, so many bands sing about Satan to get themselves on the radar.

These lyrics can, at times, be overbearing for those that don’t hold the same religious standpoint, but they also undoubtedly fit the music on this full length and if nothing else, offer a different angle to the usual recycled Satanic themes.

As seems to be the running theme with Prelude, the artwork is definitely its own beast and looks like nothing else currently being released to a rock audience. Although it is unclear how or if the art relates to the album title, the sparkling field does certainly hurt the eyes after time and it would be advised to not look at it for lengthy periods.

The debut is rounded off nicely with album closer We Will Be Strong which (or Wytch) may be their best song to date, with creative and catchy melodies and most importantly really impressive musicianship.

Wytch Hazel have been completely self-indulgent on their first opus and in doing so have released something that stands out on its own musical merits. In Prelude, you will find more depth than 100 bands in flares singing about how groovy Hammer Horror films are and for that alone they deserve your attention. 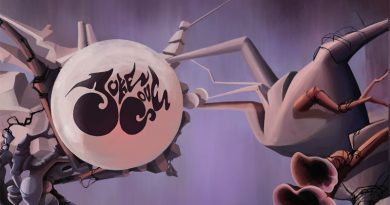