Merlin, Dr. Strange, Saruman, Dumbledore and of course my favorite wizard Gandalf! Wizards are definitely some of my favorite fantasy characters and any good story has at least one! Oh, wait Wizzerd? That’s spelled different, oh it’s a band! I’m not here to talk about my favorite wizards? Well shit… kind of disappointing as I was excited someone was finally interested in my opinion of the fictional characters. Well, a band named Wizzerd, that sounds very promising and has piqued my interest so let’s dive in and see what this is all about.

Space? Issue No.001 is the new album from the band and released through Fuzzorama Records. I like the title because the band has an EP titled Space? Issue No.000 and that alone makes me want to listen to it more. Hailing from Kalispell, Montana, these four musicians are creating some epic fuzzed-out heavy rock.

It’s easily apparent how Wizzerd landed a spot on the Fuzzorama label. Songs like Sisters Of The Sun and especially Space Chase all incorporate that signature fuzz tone worthy of the Fuzzorama name. The elements that make up essential albums such as Gravity X by Truckfighters or Old Gods by Valley Of The Sun can all be found on Space? Issue No.001 with Wizzerd’s added twist to the fuzzed-out rock.

Don’t Zorp ‘N’ Warp (epic title) is an example of the added twist by breaking down the fuzzy groove to a restful section implementing sci-fi sounds on top.

Wizzerd can also get a bit more in your face too with the aggressive Super Nova. It starts with a punch in your face and keeps attacking throughout this high energy track. Raspy vocals shouting give me a little bit of some Sasquatch vibes. Halfway through, the swing pauses and explodes into a rapid solo followed by an equally quick drum solo with an added phaser effect that sounds really cool.

It’s not all hyped up groove however. Diosa Del Sol is one of my favorite offerings because Wizzerd shakes things up a bit with a more serene track. A volume swell of cymbals followed by a soothing composition is a welcomed change of pace. Dark brooding vocals take over and Wizzerd have pushed the boundaries of their music in an exceptional way.

Wizzerd isn’t finished and Attack Of The Gargantuan Moon Spiders comes to mind with strong Uncle Acid meets AC/DC vibes. Never really thought of those two bands together but Wizzerd has put the idea in my head and executed it flawlessly.

Final Departure Part 1: The Intergalactic Keep Of The Illustrious Cosmic Woman closes out the album. Clutch comes to mind initially when listening but this epic closer wraps up the adventure in a strong way. It builds to a climatic solo and the music drifts off into End Transmission.

The album is broken into separate transmissions following the space theme perfectly. Wizzerd draws comparisons to some of my favorites in the scene with this album, namely Sasquatch, Valley of the Sun, Clutch and Truckfighters, and I will surely keep my eye out for Issue No.002 which I hope is not far behind! 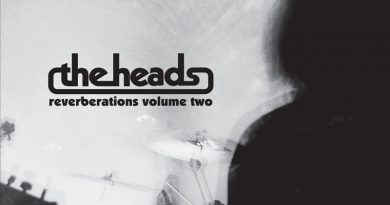