Pesaro, Italy is home to a band that takes on two of the biggest doom/metal influences on the planet, Black Sabbath and Pentagram, using them as fuel for their riff-laden songs. Warcoe is the name they go by, and if you like killer music, then they should be on your list as of now!

Their new EP is simply titled Warcoe, which makes me think that the band wanted the focus to be on their music, and not on a catchy name. Luckily, that seems to be the case in our experience, as the music truly speaks for itself.

Out of the four songs on it, Giant’s Dream and Cats Will Follow are the standouts.

The former Giant’s Dream seems to have a massive Pentagram vibe running through it, which isn’t ever a bad thing. The guitar playing is tasteful, with the riffs showing that you don’t have to be fast to be heavy, and the solo pieces perfectly fit the song. The vocals are performed very nicely and have an excellent tone, which also fits the song.

The latter Cats Will Follow consists of more of a Black Sabbath style, particularly during the intro. You’ll find that the verse parts slide back into that Pentagram vibe, making for the best counterparts to that Sabbath influence; there’s a definite Bobby Liebling sound in the vocal work too.

The other two tracks, Fire And Snow and Winternaut stand as equals to the two we discussed, making for a highly enjoyable eighteen-minutes of listening. The EP can be streamed below and is available on Bandcamp as a digital download or as a cassette released through Evil Noise Recordings, now click play to check them out for yourselves!!! Enjoy!!! 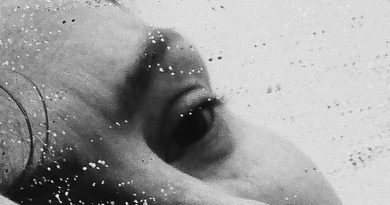