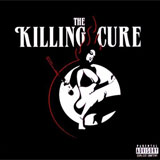 Picture the scene. The sun hangs high in the sky, blazing the eyes and distorting the landscape with its intense heat. Ahead of you the road cuts a swathe through the dunes and mountains, rocks lie static and the occasional cactus rises from the dust with its arms held to the sky praying for rain. You gun the throttle of your souped up Chevy and hit the road sending out a cloud of sand and dust in your wake as you ride the lonely miles to Oslo…what??? Wait a minute, Oslo??? That’s right folks, who would have guessed such a prime cut of desert rock would hail from the frozen northern climes of Norway.

This EP is one of the latest releases from the Fury 76 label who have had a troubled time of late with various distribution and production issues. These Norwegian boys have tapped into the Queens of the Stoneage sound and toughened it up with a rock and roll muscle that’s been lacking in the Queens output since the 2nd album. Basically imagine Queens without the ginger eunuch singing and John Garcia in place. This definitely ain’t a Kyuss reunion rip-off though, if anything it does display a rough hewn Hermano edge.

Opening track “Go Low” is as strong a tune as you’re likely to hear in a while. This bowls along and the “Lust will make you tell the truth/Love will make you lie” chorus refrain is an instant hook that will come back to haunt you long after the disc has finished. You know how you sometimes get a tune stuck in your head all day…this is it!!! The only slight let down is the nasal, boxy guitar tone that dogs this release slightly, more fuzz than balls.

“To the Groove” eases back on the gas slightly. A little more atmospheric than the previous tune it soon belts in with a chorus that wouldn’t have been out of place on Kyuss’ “And the Circus Leaves Town” album…which let’s face it, was heading in a distinct QOTSA direction anyway.

Things pick up the pace again for “Paralyzed”, a balls out rocker with its foot firmly on the floor and the sun at its neck. “La Cura Asesina” is an utterly pointless instrumental. Way too laid back and mellow to be included on an EP, this may work on an album where there is more space to experiment and add light and shade. My good lady commented that she likes this track, she could go to sleep to it…I think that says it all!!!

Fortunately things take a turn for the better with “Contra Reloj”. A laid back rocker (I know that doesn’t make sense but it’s the best I can do!!!). A naggingly insistent guitar line punctuates the song and drives the melody forward. The vocals differ slightly on this track sounding more like Serj Tankian jamming with…you guessed it, Queens of the Stoneage!!!

Final track “Space Out” is probably the weakest of the songs on offer here (apart from the crap instrumental) content to rest on its laurels with a fairly bog standard stoner type riff. It’s not a bad tune in itself, just not as strong as the rest.

You may have noticed that I’ve mentioned QOTSA a few times in this review. No matter how you look at it, the influence of that band hangs around the Killing Cure’s neck like an albatross which is a shame as these guys have some seriously strong song writing chops and know how to navigate a decent tune. If these guys can build on this release and develop a bit more of their own identity they could be serious contenders. That said, this is probably far better than 90% of the crap QOTSA have churned out in the last 8 years anyway so hey…give it a shot!!!

I have it on good authority that a release date is due very soon from Fury 76’s distributors…so fingers crossed there. In the meantime it is available to buy from the label website and is available for download at itunes, emusic.com and Amazon.com so try before you buy folks.