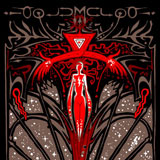 Acid rock for the sludge generation. Yes, it was with an almost sexual joy that I stylishly flipped the disc into the player and hit the play button. If you didn’t know by now pop-fuckers, Ufomammut are an Italian psychedelic power trio that create some of the most unique and exciting music you will ever hear. Yes my bearded friend, that is quite some claim, but if you love insanely heavy euro-space rock with an unsettling electronic skew, you may just agree. Ufomammut formed in the ancient city of Tortona in north west Italy in 1999 and consist of Urlo on bass, vocals and synths, Poia on guitar and synths, and Vita on drums.

‘Idolum’ is the latest beautifully packaged long player (thanks to the genius Malleus Art Lab. collective) from these sonic caesars, released earlier this year (this review is long overdue), and represents studio album number four (not including the 2007 collaboration with prog label mates Lento).

Opener ‘Stigma’ starts rolling on a very simple and hypnotic two note riff and continues to build as crisp hard-hit drums, samples of barely audible speech and space noises slide in and out. ‘Stardog’ is similar in weight and power, a brooding monster of few notes that sees the trademark muffled yell of Urlo rise out of the mix like a dead voice from the beyond. ‘Ammonia’ features Bristolian singer Rose Kemp’s beautiful narcotic wailing, and is a slow, trippy number that gradually builds on a few simple chords into a heady cannabinoidal swirl of bass driven disorientation.

‘Nero’ is like the jarring mutant offspring of ‘What’s This For…!’ era Killing Joke and the legendary Argento collaborators Goblin, a fuzzy quasi-tribal dirge awash with atmospheric synths and far away vocals that ends in a slow squall of eerie atonal electronics and hypnotic bass. The final track ‘Void’ is an elephantine monster that gradually rises and swells into a crushingly heavy and lumbering beast that grooves on for what seems like hours upon a colossal and characteristically simple riff, eventually dissolving into a warm, mellow throb of synths. After a good ten minutes of this other worldly ambience, another huge Ufomammut riff belches out (‘Elephantom’) and ebbs and flows along, bursting into a furious chorus, then gradually slowing until it comes to a stop like some gargantuan Martian juggernaut of doom.

For me, the beauty of this band is their outré simplicity, the way they take a handful of dark heavy notes and hammer them into submission. Ufomammut are a band who are not afraid of stretching out the brutality of a well constructed riff and sending it burning into the outer limits of the universe. Sure, you can hear their mighty influences (Killing Joke, Sabbath, Tangerine Dream, Hawkwind, Neurosis..I could go on), as you can with any band, but they have their own eccentric and oddly fabulous sound that is pure…Ufomammut.

This is a long (sixty-six minutes) album of the type of weird industrial/progressive psychedelic metal sludge that Ufomammut have made their own. It’s not as immediately accessible as their previous album, ‘Lucifer Songs’, but is a darker and more gruelling and monotonous voyage, and you may find it, as I did, a deeply rewarding experience when played over and over again at a volume loud enough to alert the local council. Ufomammut are touching down this November to play a few dates and I urge you to check them out if you dig hellish trips into your own unconscious. They are such a genuinely different band from anything else around at the moment, it would be sheer idiocy to miss them. 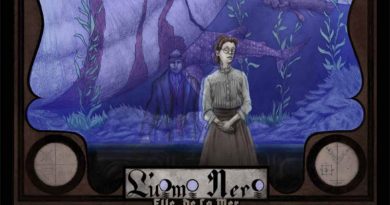