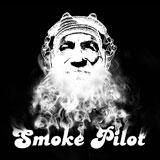 Some bands just have “it”. Whatever “it” is, that indefinable something that sets them apart as having something special. Now the list of bands that do have “it” is as long as your arm…and several other people’s and encompasses a multitude of genres so not necessarily every band that does have “it” will rise to prominence and conquer the world whereas many bands that possess absolutely “fuck all” will go on to have stellar careers. Music…it’s a shit business!!!

Seven years ago I witnessed a band called Medamaki from Evesham who blatantly had “it” written all over them. They had a knack for writing extremely catchy riffs, had a great vocalist with a rich, full blooded roaring voice and a bag full of killer tunes that would give Orange Goblin a run for their money. Despite releasing the sonically thin but musically killer “Warbird” EP on now defunct label Fury 76, things didn’t really seem to work out for the band. For want of a better expression, they limped on…still writing kick ass tunes and still knocking them dead on the occasional live outing but struggling to achieve anything. In 2012, however, the band decided enough was enough, pulled up their britches and resolved to have another crack. The first casualty of this new found vigour was the name…out with the obscure and in with something altogether more identifiable and “familiar” Smoke Pilot. To all intents and purposes though, this is exactly the same band but with a rocket up their arses and a fire in their belly to light the fuse.

This four track release remarkably was recorded live on multi track in their rehearsal room. I say “remarkably” as this is a fine, thick slab of Orange Goblin infused stoner metal peppered throughout with some very tasty swinging Sabbath grooves and wrapped up in a nice fat production that belies the budget recording techniques…surely a sign of a band with their shit well and truly together. The four tracks here; “Temple”, “Bound To The Sun”, “Will To Explode” and “Interstellar Man” all coming roaring out of the gate with teeth bared and attitude in spades. The years of frustration are almost tangible as the band tear through the songs with gritted teeth and a sizeable sense of aggression.

Each of the four songs pretty much kicks off in high gear, each pulls from a stockpile of killer riffs amassed during their fallow years, each shows a push/pull sense of dynamics where the band bring you to the peak then drop off before building it up again, each rock with wild abandon yet grooves like Clutch on a funk kick and each features singer Max Ward’s impressive, barrel chested, emotive wail. We can only hope that the new Black Sabbath album features as many awesome riffs, grooves and melodies in twelve songs as Smoke Pilot manage to cram into four!!!

Smoke Pilot are starting again from the ground up but on the strength of this recording, and if there is any justice in the world, it should be a pretty steep and rapid rise. The best band in Evesham? Easily and without a doubt. The best stoner metal band in Britain? You know what, in time that may not be out of the question…and best of all this is a free download so there really is no reason not to grab it forthwith!!!