The original demo is of major historical importance, not only was it the first release to feature legendary vocalist Mike Patton, it also caught the attention of guitarist Jim Martin who would recommend Patton to his Faith No More band mates. Original members Mike Patton (Vocals), Trey Spruance (lead guitar) and Trevor Dunn (bass) are joined by Thrash legends Dave Lombardo (drums) and Scott Ian (rhythm guitar).

The last Mr. Bungle release was 1999’s stunning California which saw the band indulge in surf-rock and progressive pop, therefore this re-recording of their 1986 demo sees a return to the band’s metal roots. The first thing to note is the significantly improved sound quality, which is of no surprise seeing as the band has a budget now. I also noticed the exclusion of Evil Satan, possibly because due to its lighter funk/ska flavourings that wouldn’t have fit with the general tone of the album. In addition, there’s revamped artwork and four new tracks (Habla Español O Muere, Methematics, Eracist and Loss For Words).

The album commences with soothing instrumental Grizzly Adams which reminds me of the mellower moments from crossover kings Crumbsuckers from their Beast On Your Back album. This is followed by Anarchy Up Your Anus which features narration by Cheers actress Rhea Pearlman and then some killer thrash with a Fight Fire With Fire styled riff attack. Raping Your Mind is an absolute belter and features yet more Metallica influences, this time Disposable Heroes with Mike Patton’s unique vocals added to the mix. I’m often left breathless by his sheer vocal dexterity and here he demonstrates another side to this with some top notch Rob Halford shrieking.

Hypocrites running time has been shortened to incorporate a cover of Speak English Or Die, or as its labelled here Habla Español O Muere. This isn’t entirely surprising considering Scott Ian’s involvement in the project, it makes sense too as Hypocrites crossover vibes gel well with the Stormtroopers Of Death classic. Bungle Grind always makes me think that Tommy Victor must have been listening closely to the original demo as the riffs have an outstanding technicality to them, with an ever so slight industrial tinge of the kind that featured on Prong’s Force Fed masterpiece.

Methematics, the longest track on the album, is akin to Slayer on Cocaine, the evil riffing making one yearn for the departed thrash icons. Eracist features a dystopian video and a political bent, this is accompanied by mid-tempo riffing making it ideal moshpit fodder and this is brilliantly juxtaposed with blistering speed metal. Spreading The Thighs Of Death has old-school death metal vibes and along with that title, feels like a fond satire of the genre. Loss For Words meanwhile is a storming cover of the Corrosion Of Conformity classic.

Glutton For Punishment next and shades of Anthrax’s Metal Thrashing Mad came sharply into focus with the song sounding like an unrelenting bullet train. Sudden Death concludes proceedings and is the most ‘progressive’ track on the album that epitomises Mr. Bungle‘s spirit, Zappa gone speed metal is how I would describe it.

Re-recording albums can be a risky strategy, as Exodus found out to their cost with their unnecessary Bonded By Blood remake Let There Be Blood. Thankfully this isn’t the case here. Having enjoyed the original demo for years, I’d always lusted after a version that could do those songs justice and hey presto, here we are! The album is a whole heap of fun and a welcome return for one of rock’s most innovative bands. 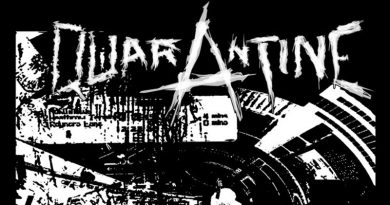 Review: Quarantine ‘The Perception Of Pain’ 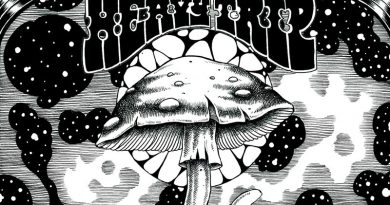