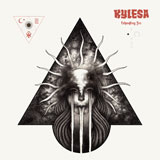 Kylesa are a band I’ve followed for many years, and they’ve been a difficult band to keep on top of. Typifying that Savannah sludge sound in their early days, they’d added all kinds of ingredients to the pot, from shimmering psychedelica to post rock and even Sonic Youth-esque indie, to become one of metal’s more fascinating bands. Their new release, Exhausting Fire has a lot to live up to.

The opening rumble to Crusher is instantly satisfying, with ghostly vocals swaying in and out of a bass heavy riff, before breaking out into ethereal territory. Where 2013’s Ultraviolet brought more of the psychedelic side to the band, Exhausting Fire proves they are still capable of bowel rattling heaviness when required. Laura Pleasants’ voice is matched by Philip Cope all the way here, whether it be in emotionally distant croons or soothing roar. Inward Debate takes the path that Spiral Shadow took all those years ago, but injects a hazy atmosphere into it which that album sorely lacked.

Moving Day has this great upbeat feel about it, while the riff grinds away underneath, the melodies above give it a real shoegaze vibe. Lost And Confused is a classic Kylesa track, with Cope’s instantly recognisable vocal easing us into some killer Kyuss riffs before the High On Fire brilliance of Shaping The Southern Sky kicks in. It’s probably the most metal part of the whole record, but slowly drifts away into a dusty desert rock interlude, before a hard rocking riff returns. Kylesa are a band that make each album a journey, and they’re taking us on the full gambit this time.

Falling give us an almost ballad-like psychedelic trip, with Pleasants’ soulful croon guiding the way. A fuzzed out riff grooves into a howling, echoing solo, before we go back to a simple bass/drums/vocals section. Kylesa have still got plenty of traces of their Southern sludge heritage, but they aren’t a band satisfied to just be one of those ‘Southern Metal’ bands. Take the almost sludge pop of Night Drive, with its tribal drumming underpinning it, or the engagingly different Growing Roots.

Exhausting Fire is yet another statement from Kylesa that they are a flagbearer for metal that refuses to be pigeonholed. Exhausting Fire is an exploratory album that revels in its unpredictability, engaging with the listener on different levels in different songs. In a world where countless bands rehash everything we’ve heard before, Kylesa stand out purely because they sound like no one else. That is their magic, and as long as they continue to follow the beat of their own drum, they’ll be essential. 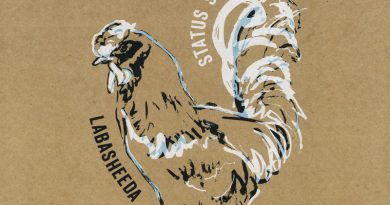