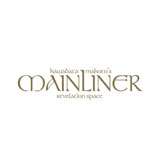 To those who’d forgotten, Mainliner were one of the countless Acid Mothers Temple splinter groups who aimed to out-fuzz, out-rock and generally usurp every other band, ever. After releasing a spate of albums, CDrs and cassettes in the late 90s they disappeared but twelve years on, they’ve returned with a new album and a new member in the shape of Bo Ningen/Devilman’s Taigen Kawabe on bass, but it’s safe to say that their mission is the one thing about them that hasn’t changed. This is distorted to infinity, crackling, bristling garage psych that should be played loud enough for ASBOs to instantly materialise on your doorstep.

As ‘Revelation Space’ crunches, then explodes, into life, the overwhelming impression is solely that of Kawabata Makoto’s insane, freewheeling guitar, barrelling everywhere like a caffeinated bear in a padded room. He is The UltraHendrix and, placed impossibly high in the mix, it takes a while before you realise that anyone else is even there. It’s when Koji Shimura’s percussion starts pounding with frenzied intent and Taigen’s soft voice drifts in on halcyon clouds that they seem more like a functional unit, each driving the other towards that hallowed peak where the MC5 meets Fushitsusha.

The mellow trip of ‘Taitan’ is a blessed moment of respite after the opening ten minutes, Taigen softly moaning while shards of distortion rise up out of the mist like Nessie. The creeping discordance grows with the rumblings of Shimura’s kit and there’s a sense of cinematic grandeur in the way it simply ascends out of nothing into a fierce battle between guitar and drums, but it’s likely only Takashi Miike could accurately illustrate its intensity. It’s followed by the brief punksplosion of D.D.D., the one moment where it’s all about Taigen. Fast, fierce and driving, the family resemblance to Bo Ningen is strong, right down to the whooped, distorted vocals that ripple off into the centre of the Earth.

The crackly, bristling tone of this album is one that’s almost tailor-made for vinyl which is why it’s almost painful to remark that the CD- and cassette-only track ‘The Dispossessed’ might well be the strongest track on offer, perfectly pairing a simple, pulsating bassline that could loop for years while never losing its kick with the screaming guitarwork of Kawabata, splitting off into a freeform acid-jazz jam and then re-joining in a blissful marriage of funkiness and insanity. It sounds like how Mainliner should sound, brash and weird and lodged firmly in a bubble of 70s sonic excess and acid flashbacks.

Then again, the epic closer of ‘New Sun’ does that too, it just takes a bit longer. Exuding cool, right down to the loose swagger of Shimura’s drumming as the song settles into its groove and the deep, gravelly rumble of Kawabata as he readies himself for the colossal explosion of doom that lurks in the middle, it screeches its way through more propulsive riffage, more distorted freakouts and more finger-bleeding solo nuttiness than the average stoner band tackles in an album, but the feel of this album is that they couldn’t tone this down, even if they wanted to. Put together, this trio have simply let rip with the biggest sounds they could imagine and it’s laid out for the world to hear in all its brain-mangling splendour. Technically astounding and with a relentless energy, it’s undoubtedly going to be a tough listen for some but for everyone else, there’s nothing to do but to turn this up loud and to wait for the police to knock at the door. 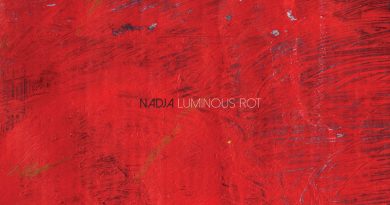