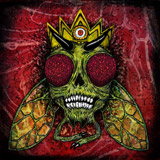 If you’re one of those perplexing purist hessians who incessantly bemoans the lack of dirt and hair to be found on the production job of the last few High On Fire albums, then Floridian heshers Junior Bruce will be right up your alley, so full of heft, filth and pure grit are their totally unsubtle yet utterly riveting metal psalms.

Hell, vocalist Scott Angelacos – ex-Bloodlet frontman – does Pike’s Lemmy-gargling-glass-and-molasses howl better even than the man himself at times! Although there is often an element of Chuck Schuldiner’s dry, throaty rasp to be found in Pike’s vocalising, this is where the two men differ – Angelacos’ rich bellow contains more of Clutch’s Neil Fallon amidst the Pike and Lemmy than it does Schuldiner.

Elsewhere, in the musical department, the similarities between Junior Bruce and High On Fire are noticeable, but often negligible enough to allow the Bruces to stand alone, as opposed to being tarred with the brush of being mere copyists.

The most obvious examples would be in the lack of sheer neck-snapping velocity to Junior Bruce’s music, something that HoF music has in spades – that nought-to-sixty scything pummel that Matt, Pike and particularly Kensel keep up throughout most of their tunes – and Brett Tanner being clearly mush less of a sheer caveman than HoF’s Des Kensel. Sure, the drums are solid as hell, but there’s none of that rolling, fucking-boulder-bearing-down-on-you raw percussive smash you get from Kensel.

Do not, however, mistake this for a bad review – far from it – I’m merely pointing out that similarities between Junior Bruce and the band whom they most clearly resemble – High On Fire – are superficial on the whole. Junior Bruce are a lot more straight-down-the-line and focussed than HoF, for the most part, serving up ten tracks of no-frills, no-fucking-around, balls-to-the-wall METAL.

Opening salvo ‘Defeatist’ sets the direction for what is to follow – guitarists Nate Jones and Bryan Raymond peeling off flamethrower riffs and embellishing licks, charging bass lurching beneath ’em, courtesy of Tom Crowther, Brett Tanner bashing away for all his worth and Angelacos wounded howl providing the glue and the focal point.

Jones and Raymond have a nice line in tasteful wah abuse and some very tasty leads to bust out too, as deployed in moderation here but fully explored on second track ‘Warriors Of The Son’ and later, on the balls-out ‘Lt Fury’ and ‘Persuading The Divine’ in true freak-out style.

Nice use and understanding of dynamics helps to keep things from becoming stale tonally, welded to some very solid playing from all involved – Jones and Raymond especially – notably on the thickly psychedelic ‘A Plague For Thieves’ with its vocal drones and buzzing, thrumming wah parts and the exceptionally dynamic powerful easternisms of ‘The Serpent Lives’.

All in all what Junior Bruce has crafted here is a record that most certainly references High On Fire in its overall sound and feel, but manages to stand on its own two feet due to its solidity and more focussed approach.

The word ‘solid’ has been bandied around rather a lot here and I think in many ways that is the most fitting adjective for Junior Bruce’s sound overall – absolutely rock solid. Not ‘boring’ solid and dependable, but solid in a ‘well constructed’ sense. Nothing here is out of place, everything fits well with everything else, complimenting the whole, and the, again, absolutely rock-solid production unifies the entire band into one thick-toned, steadily-rolling entity, meaning that The Headless King can be taken as one coherent piece – something that High On Fire themselves could stand to learn from these days.

Good stuff all around. 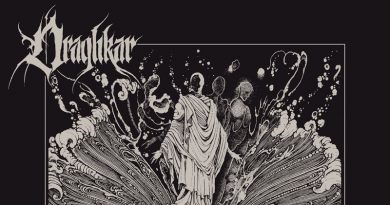 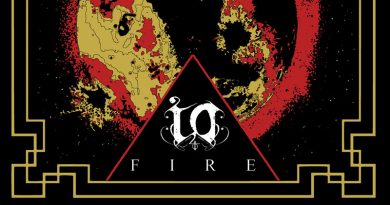