Last September, I embarked on a most enlightening journey when I reviewed the first in a planned series of releases by Anti-Corporate Music, showcasing bluegrass, country, folk, and singer/songwriter acts, known as The Magnolia Sessions. That first artist, Matt Heckler, was a complete unknown to me – his musical career, his releases, even the broad genre – but I was swept away by the ragged beauty of the music and the recording. Since then, there’s been a steady monthly stream of live, raw and intimate recordings, and now I bring you my thoughts on release number ten.

Featuring Nashville-based country/folk artist Ivan Macleod, but it’s apparently the first one to be recorded: engineer/producer Dan Emery’s ‘maiden voyage/beta test’. All the now-familiar elements are there: the elegant simplicity of one voice and one acoustic instrument, recorded outdoors with the constant drone of the crickets.

The album starts with a subdued and subtly-picked bit of guitar, but when the vocals begin, it’s clear this this is not going to be easy listening. Macleod howls and growls his way through Sick By Sandy, the first of seven tunes of heartache and loss: ‘I’m dying from the hurt.’ It’s emotionally tough going.

The harsh vocals initially struck me as a bit overpowering and maybe even incongruous with the dark and delicate guitar, but the more I listen, the more it makes sense – the beauty and the pain of life summed up in three minutes.

Even with those growling vocals it feels wistful, melancholic…

Brokenhearted Dementia Blues is similarly dark, but there’s more musical lightness and emotional optimism by the time waltzing third track Dogs And Walls rolls in. Track four, Charley, is gentle and sad, and by now I’m attuned to Ivan Macleod’s anguished growls. My headphones are on and the volume is up; I’m dimly aware of the mundane household activity going on around me, but emotionally, I’m elsewhere.

Time And Again is musically tense and emotionally dark: ‘It’s easy to confuse letting go with giving in.’ Jubilee Bridge feels a bit gentler, as does closer Waiting For The Hard Times To Go. Even with those growling vocals it feels wistful, melancholic. Macleod’s Instagram features a somewhat more vocally restrained version, where he refers to it as a song he ‘wished he’d written’.

This release is a mere seven songs and only twenty eight minutes, but it’s better to be left wanting more than to feel like it needs pruning. Dan Emery hopes to continue releasing The Magnolia Sessions, and I look forward to hearing them. 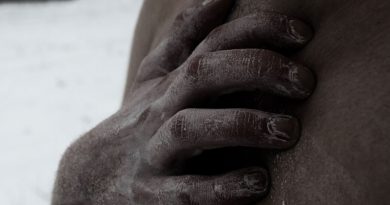 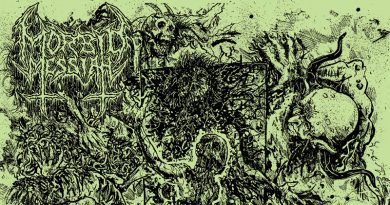