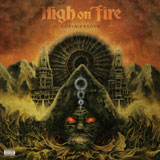 If you follow this site, or indeed any metal site, you’ll know who High On Fire are. But for those who are uninitiated, let me explain who High On Fire are. They are not just Matt Pike and cohorts. They aren’t just a band with former members of a legendary band. High On Fire have evolved past that. High On Fire are one of metal’s great personification of the RIFF. Their new album, Luminiferous, is yet another testament to their embodiment of heavy metal’s most primal weapon.

I want to take a second to mention the artwork of Luminiferous first. Normally I look at metal artwork and either think ‘yeah that’s pretty sweet’ or ‘that’s a cliché’. Not with this record. Luminiferous stands as the demon guardian in the art, a roiling sea around him while behind lies the temple. That is the temple of metal, where High On Fire sit as gatekeepers to the realm of the RIFF. It is as perfect a summation of a band as you could hope to find.

The Black Plot begins with that familiar rumble, that tectonic weight, that earthy roar and that instantly infectious guitar style. Matt Pike is a true guitar hero, but not of the widdly type. He wields his axe as a weapon of music, cutting swathes through mediocre cut and paste doom bands who will never measure up. Within minutes, the listener is given clarity and insight into what metal represents. High On Fire obliterate the mediocrity and stride triumphantly into the arena, slamming down their riffs and screaming ‘Are you not entertained?’ Be it the grinding stomp of Carcosa or the primal roar that reverberates throughout The Sunless Years, High On Fire fight for metal’s core beliefs. A belief in great riffs, great music and passion.

The freight train-esque Slave The Hive is a pulsing, propulsive monster of a track, The Falconist a more ponderous and melodic offering. High On Fire don’t always play the full throttle riff game. The Falconist may be as close to a ballad as you’d ever get from the band, but it possesses this killer bluesy swagger that’s so addictive. The Dark Side Of The Compass rips that classic High On Fire tribal thunder to start, then unleashes an apocalyptic chug that demands your head begin to nod. The calming, almost psychedelic start to The Cave brings back those quintessential memories of Sleep’s most drugged out moments, and it also has a bit of a Crowbar vibe about it too, channelling a bit of Southern groove throughout.

Be it the fury of the title track or the slow burn titan The Letahl Chamber, High On Fire have yet again hoisted themselves back to the pinnacle of Riff Mountain. Their music is a cathartic release, an exercise in heaviness and pure fucking metal. It is refreshing in this age of constant sub categorising, that there are bands out there that are nothing but metal. High On Fire are one of those bands, and Luminiferous is one of 2015’s greatest records. 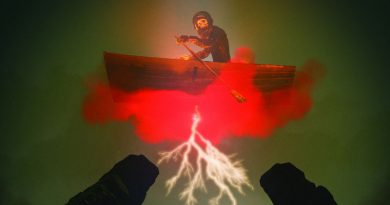 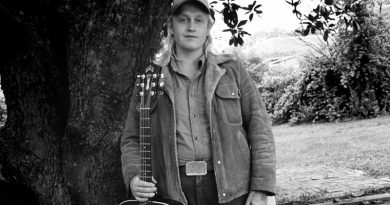 Valley Of The Sun ‘Electric Talons Of The Thunderhawk’ CD 2014