The world of Swedish death metal has too many iconic and classic albums to catch at this point, but it appears those rich veins of talent are yet to run dry. The debut full length from newcomers Grand Cadaver (as a group, but full of legendary musicians from the scene) follows a number of singles and EPs over their short life so far. Into The Maw Of Death is being released by Majestic Mountain Records at the end of October and looks to add themselves to the pantheon of their country’s musical reputation.

My immediate draw to this record was the vocals of Dark Tranquillity’s Mikael Stanne, the frontman of a band that got me into that Gothenburg sound before any other. The music underneath him is substantially less melodic this time though, with churning chainsaw riffs and a classic Swedeath sound that makes no attempt for frills. The rampaging opener Disanimated is a perfect example, drawing blood from all the legends like Dismember and Grave then kicking it into high gear.

The rest of the band are no slouches either, drawing experience from their time in bands like Disrupted, Pagandom, Expulsion and even Katatonia to give us plenty of iconic Swedish influence. Grim Eternal adds a little dissonance to a relentlessly memorable guitar line, while Reign Through Fire appears to have been written on an actual chainsaw, such is the ferocity of the tone and murderous in execution.

To say there is NO variety though would be doing Into The Maw Of Death an utter disservice however. The dirging plod of the title track, the throat tearing thrust of Malevolent Fate, or even a more mid-paced chugging monster like Soul Infestation shows us that even within a genre style that is so codified, the best bands create new variations. An unusual time signature here, a surprising melody there; Grand Cadaver are doing this Swedish death metal supergroup thing as well as Bloodbath did, even though they’re under less of a spotlight.

If anything though, this has brought their work together in a tighter, more well written way. Into The Maw Of Death is a much more mature piece than their Madness Comes EP, even if it misses a little of that unhinged spark. That’s no great issue though, as it means that Grand Cadaver may be on their way up the ladder into our pantheon of Swedish legends. Let’s hope so! 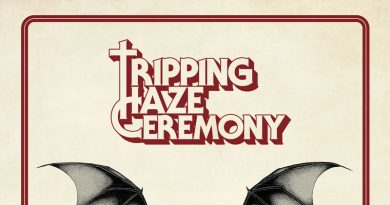