Candi Scissors describe themselves as ‘John Waters groupies’ in the press release that accompanies this EP, immediately making them an intriguing proposition for those of us with a love of the trashier end of pop culture. Certainly, like the Pope of Trash himself, they’ve got a wonderful knack for making low life seem like high culture on a scant budget. There’s a marriage of the grotesque and the glamorous here that the man himself would certainly approve of, although Candi Scissors hold back the wackiness you might expect.

Rooted musically in a kind of 90s low rent dirt rock that calls to mind a collision of Steel Pole Bathtub’s slum noir and Helium’s stoned melodies, the trio certainly don’t sound dated or retro, and they manage, like those bands, to remain totally accessible while being as far from polished as you could imagine. This is very much music of the now, six self-recorded tracks which see the band douse their grimy core sound with sudden bursts of robotic glamour; a synth flare here, or what sounds like a theremin there. The unexpectedly shreddy solo in the tense dark alley punk of A World Underneath is like a neon light suddenly flickering on and sputtering off again in the darkness.

For a debut, there’s a huge amount of promise, and it’s the sound of a band with a distinct identity already forming. While gritty and raw, there’s certainly a great amount of memorability – the guitar hook and chorus of Go Back Redo was lodged in my brain for days after the first listen, it lifts the song from a heads-down charge into unexpectedly melancholic territory, working brilliantly.

Trash pop for delinquents, drunkards, and those in the gutter looking at the stars…

Robot’s Delight is a standout, also opening with a brief, but glorious, guitar hook before sliding into darker territory for the main body of the song, guitars lurching around in a sort of ominous blues before Candi herself brings things to a sudden halt with a malevolent cackle. The following False Hate is almost like an extension, being of a similar pace but with a stronger melodic sense, and an absolute killer chorus.

‘Not scheduled to die this year/At least not that I know of’ opines Candi on the serial killer bounce of Next To Women’s Feet (The Eyes Have It), sounding like an 80s new wave star having a meltdown over the clanging fuzz bass. It’s a moment that’s exemplary of the kind of charisma and dark humour the band naturally oozes with.

As debut releases go you couldn’t ask for a more impressive introduction from a new band. It’s a dishevelled but perfectly formed set of songs that gets in and out fast enough that you’re absolutely left wanting more, packed with personality and ideas. Trash pop for delinquents, drunkards, and those in the gutter looking at the stars. Dreamland has a new house band, and they’ve made an absolutely divine entrance. 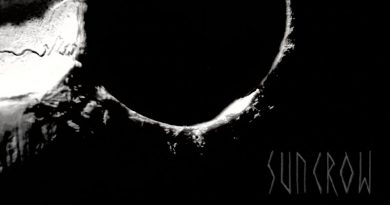