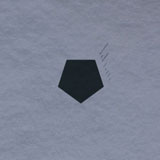 After the sudden demise of The Devil`s Blood, Selim Lemouchi had the urge to record new material, to take a new direction, walk a different path. He dubbed the concept Selim Lemouchi & His Enemies and soon wrote and released the excellent EP called ‘Mens Animus Corpus’. Where M.A.C. was still a Selim only effort when it comes to song writing, on ‘Earth Air Spirit Fire Water’ an actual collaboration was born.

Joined by his old comrade Robby Geerings, the two of them started working on new material. Lemouchi involved many different people on this album, four different drummers, his sister Farida does some vocals and other enemies all had something to bring to this work of musical alchemy.

And it is exactly that: A musical version of the Great Work, melting together elements that may be radically different from each other into one, pure substance: gold.

Our journey begins with ‘Chiaroscuro’. Named after the technique of using sharp contrasts between light and dark to create a dramatic effect, this song also sets a dark backdrop in which the light can shine on the most important elements. The song is highly psychedelic, taking us down the rabbit hole, yet where Alice found a white rabbit, we find emptiness and death. Vocals that are reminiscent of Sid Barret at one time and early David Bowie at another lure us along, further and further down the hole. The powerful voice of Farida joins that of Selim to create a chorus of mad angels. This is a trip through swirling effects, ritualistic drums and repetitive riffing. However where bands like Pink Floyd or Hawkwind took us into LSD inspired space, the Enemies and their fearless chieftain show us the grandeur of hell and the beauty of black holes. Ever weaving vocals make the whole a hypnotising, shamanistic experience. We slowly reach the bottom of the rabbit hole, where a new and unknown world awaits us.

Next Stop, ‘Universe B’. Here we find a slightly postpunkish bassline, effectively simple rock drums and searing guitar leads giving us more breathing room. We take off in flight, spread our mental wings and partake in the dance of this newfound universe. The sense of danger almost gone, we dare to touch the dark stars in this strange place. Then after three and a half minutes we arrive at a place of overwhelming beauty.

‘The Ghost Of Valentine’ resembles a gigantic Nebula, the birthplace of a million stars. An uneasy tranquility is sensed here. No beating drums to guide us, nor melodies to hold on to. Here at the birthplace of thought there are truly no limits, no boundaries. Here anything could happen. The ever so slowly swelling soundscape starts to press down on our shoulders, this cloak of cosmic dust is becoming increasingly heavy to bear.

As we take it off, we realise we stand at the edge of a sea. ‘The Deep, Dark Waters’ call us. Hesitantly at first, we wade the surf, but as our confidence grows we take the plunge into the deep darkness below the surface. A constantly looping, yet ever-changing guitar line serves as our lifeline here, giving us a sense of direction and false safety. Who knows what abominations lurk here, obscured by darkness. The current takes hold and gets stronger and stronger. But we do not fight it; instead we let it guide us further. The soothing voice of Lemouchi telling us not to be afraid, but to rejoice! For we are in the presence of a truly ancient power here. We have reached a platform, here deep down in the dark. Our eyes are growing accustomed to the blackness and we can vaguely make out the shapes of ancient, cyclopean temples. Just when we feel safe, a huge shape arises from the ruins, guided by a soaring set of guitars. We humbly bow down and are blessed by this aquatic monster. Then from the distance we once more hear the looping guitars, our lifeline. We grab hold and let it take us away from this ancient site.

Our journey ends with ‘Molasses’, where we get a strong Hawkwind vibe. Pumping basslines, jamming guitars and swirling keyboards take us out of the sea of darkness and onto dry land. Before us lies an empty plain, just the odd reverbed note floating by on the wind and there upon a hill stands Farida, singing a hymn to strange, unknown deities. The band joins her with a calm piece of drums and bass, a soloing Selim displaying all his emotion in his playing. At this plain we rest for a while, getting accustomed to our new found power. The drums and singing get more powerful and incite us to join in, to madly dance beneath an alien moon. And so we dance, we dance off into the distance, off into madness and genius in one, off into infinity.

This album is a true odyssey of the soul, a marvellous display of what psychedelic music can be besides drug music. A means to explore the spirit, to delve into ones soul. 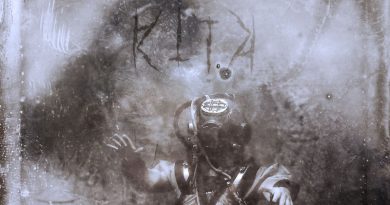 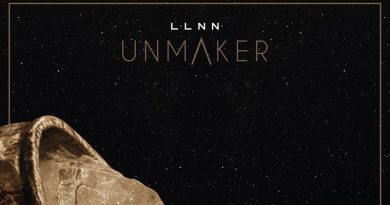