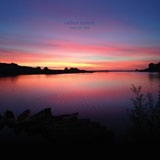 They call it Dome Rock. Improvised, experimental, instrumental, psychedelic movements built out of drums, guitar, bass, and (in the case of their latest release only occasional) synthesisers. They call themselves Carlton Melton and on the bio page of their website there’s an adroit little passage that reads almost like a disclaimer:

“It is understood this music is not for everyone. If you prefer top-notch, modern day production and crafty songwriting you may want to stop here. If you prefer old SST label cassette tapes or an early Spaceman 3 cassette you recently found wedged in the back seat of your car you may dig some of this”.

Fair enough. Chances are, as a Sleeping Shaman reader, you already know all about Carlton Melton; if not from their four previous (live in the) studio albums, or their four live (at the X) albums, then quite possibly from one of the many compilations they’ve appeared on, or the split records they’ve put out with the likes of Bardo Pond and Mugstar. I’m going to come straight out and admit that I’m no expert on psych – I’m nothing more than a casual observer on the sidelines, just beyond the reach of the liquid light show – but from time to time I hear something that not only grabs my attention but holds it. Out to Sea is, in the bands own words, the most focussed of all Carlton Melton’s recordings to date and it’s fair to say it’s more than I expected from 76 minutes of free outrock jamming in terms of the variety and interestingness.

Dozily pulsing synth (played by the Out To Sea producer and Trans Am/The Fucking Champs man Phil Manley no less) and sunspot shimmer guitar usher in the so-laid-back-it’s-almost-horizontal forward motion groove that is Peaking Duck. The wah’d out leads don’t so much wail as they do drawl.

Wheel And Deal steps up more purposefully; a drum battering intro and one big fuzz riff that gets played with and around every which way possible without repeating or becoming boring. Diamond In The Roughis a clean-toned palette cleanser; a gentle, looping multi-guitar piece that feels like it’s already happily going on forever somewhere and we’ve just tuned in to hear an excerpt.

Then comes Out To Seawhich is a kind of grand phonic threat. The “getting ready to play” vibe before a band breaks into something taken to the Nth degree. A wave of expectation which, though it gets bigger and bigger and bigger, never breaks.

Too Close To Homehas the gentle padding tom rhythm, the drone and swell guitar and organ-tone sound-scape of 60s psychedelia downtime, evolving with delicacy into something perhaps more recognisably 21st century.

Phil Manley puts in another guest turn, this time on guitar, for Similarities which is eleven and half minutes of heavy-lidded psychotropic aural sunrise. Dawn arrived, It’s Been Summer All Wintermight be a soundtrack for lying back and watching the clouds roll lazily overhead. In which case The Barriermarks the point at which the cumulonimbus turn blood red and you start to really, really worry about falling upward into them.

The crisis over, Perdiddle‘s wobbly-headed talk-box synth riff forms the centrepiece of an optimistic slidey jam while final track Realms adds a final unexpected twist, sounding like something from an (albeit understated) epic fantasy film soundtrack and not in the least like a wah crazy Dome Rock psych band.

Carlton Melton are more than mere rock band jams but, no matter what they’re doing from track to track on Out At Sea, they do manage to preserve the spontaneity and organicness of progression of a (really good) jam within each piece, and that’s no mean feat. The record has its moments of out-and-out rock and they’re glorious but, for me, it’s the variety of what’s on offer – the shifts in tone, colour, and form – that makes Out At Sea not just worth a listen but worthy of attention.