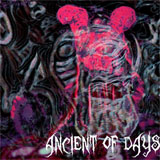 Does anyone remember when bands at least seemed like they were seriously fucking dangerous? Remember that unnerving feeling of being frozen to the spot near the front of the stage at a random, badly attended all-dayer in some dingy, godforsaken venue in some shitty, piss-nest of a town. There’s a pint of some terrible, flat, yet oddly expensive lager in your hand and the walls and floor smell of soil, rotting wood and human misery. Three rough looking dudes clamber up behind their gear and torch the fucking stage with their volume-spitting menace, ceiling-shuddering drums and never-ending bouts of deranged roars and lurches until you’re not unconvinced they’re going to twat you round the face with a headstock if you so much as dare to break eye-contact.

That was exactly how I felt the first, and sadly the last, time I ever experienced Glaswegian mentalists Black Sun, or rather to give them their full moniker: BLACK FUCKING SUN. Formed around the nucleus of drummer Russell MacEwan and fronted by psychotic-looking bass-player Graeme Leggate and pop-eyed, gurning guitarist/vocalist Kevin Hare, the trio terrorized stages up and down this fair isle for well over a decade. Black Sun’s filthy hybrid of sludge supremacy and black metallic lunacy was truly a sight, and a sound, to behold on any occasion, but as is often the case, they struggled to rise much beyond obscurity and dropped out of the game for good back in 2013.

Now rising from the ashes of the mighty B-Fucking-S, Hare and Leggate are back on guitar and bass duties respectively with a new entity by the name of Ancient Of Days. Teaming up with Richy Walsh, another vocalising drummer, one could easily make the assumption that this is basically the resurrection of the template Black Sun had left behind. Judging by this two-track demo, you could make some case for this being the truth, whilst at the same time, Ancient Of Days hold a different, more melodic hand of cards to their infamous predecessors.

Wretched Ones breaks limbs from the off with a barrage of sledgehammer riffs to the skull as Hare’s venomous guitar work breaks back into the fore. Imagine -(16)- and Iron Monkey locked in an illegal underground boxing bout, refereed by Crowbar and Black Cobra, and you might come close to visualising the stomping, pummelling rhythms this brand new trio are cooking up in their kitchen of disgusting sludge mayhem. Walsh is the ace in their pack however, a drummer who keeps a swinging, almost bluesy rhythm to his wrecking ball of speedy, crunching impacts behind the kit, alongside a bizarrely clean falsetto wail that slots in somewhere between Bruce Dickinson and Valiant Thorr’s Valient Himself. The tempo is kept high and menacing throughout as Hare’s rabid bellow spars with Walsh’s almost sugary high-end vocals, until the trio come across as an altogether more interesting and original proposition somewhere between in-your-fucking-face doom and aggressive prog-metal.

This is angry music, by angry people, for angry people and I’m pleased to see Graeme Leggate and Kevin Hare back in the saddle and doing what they do best: beating you into submission. It’s (ironically) early days for Ancient Of Days but this two track demo shows a lot of promise. If you like your sludge heavy and crunching with a progressive twinge and aren’t afraid of genuine vocal melodies, then you should get involved with these new Glaswegian grunters of the gloom.  Keep your eyes peeled on the live scene too; if not only because you never know how far you are away from getting your sorry, unsuspecting ass roughed up at some random, badly attended all-dayer in some dingy, godforsaken venue in some shitty, piss-nest of a town all over again. 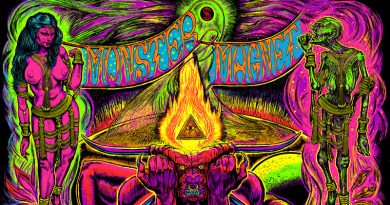