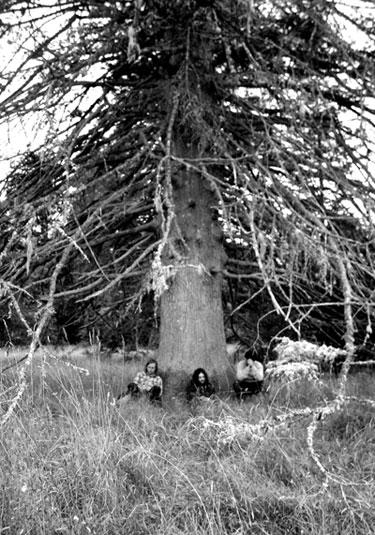 Wolves in the Throne Room venture out from Calliope to invade our borders once again. After the success of their 2011 tour tied in with the release of the final installment of their trilogy with the colossal Celestial Lineage, the return of the legendary Weaver brothers is definitely not one to be missed…

Wolves In The Throne Room have become one of the most important and highly regarded bands in extreme music since their formation in 2002. Over the course of 3 studio albums and hundreds of live performances the band has slowly boiled away the prima materia of Black Metal to distill a unique essence.

The transmutation reached a new level with the completion of Celestial Lineage the clans’ final Astral Black Metal document out of the trilogy. In contrast to the bleakly hypnotic architecture of 2008’s Black Cascade, Celestial Lineage expands into a more expansive and visionary territory. The band’s trademark long-form approach to arrangement remains intact, but there is a stronger thread of Popul Vuh-inspired underworld synthscapes and star-lit pulse woven with the intertwining guitar figures.

Although it is obviously inspired by European Black Metal, Wolves In The Throne Room create music that is intensely local in its orientation. Certainly, Celestial Lineage is a manifestation of the northwestern landscape, but it also arises out of an underground West Coast tradition formed by successive generations of psychic crusaders: Theosophists, beatniks, the Grateful Dead, Neurosis, the back-to-the-land movement, satanic hippies, tree-spiking anarchist punks. Aaron and Nathan Weaver, the duo behind Wolves in the Throne Room, refract the transcendent and mythic aspects of Emperor and Burzum through this idiosyncratic Cascadian prism. The resulting music invokes a misty dream world. Rain drenched specters looming at the edge of the wood. Echoes from the Astral Plane. Ancient cedar deities robed in moss. A glimpse of a bronze-domed temple among the firs.

Celestial Lineage was written and recorded over the course of the first six months of 2011. The Weaver brothers worked with Producer/mystic Randall Dunn (Earth, Boris, SUNN 0))), Cave Singers, Bjork/Omar Souleyman), with whom the band has developed a close relationship since their first collaboration on 2007’s Two Hunters. 3 songs are bejeweled by Jessika Kenney’s liturgical choir and solo voice. Aaron Turner (ISIS) also contributes orations to the maelstrom, you can also read Pete’s review HERE.