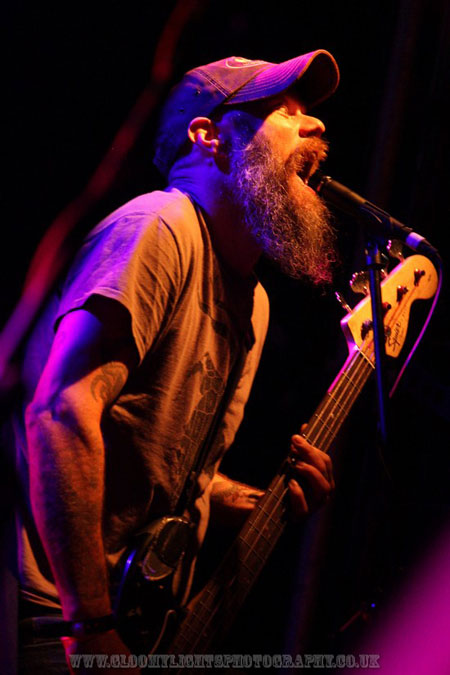 WEEDEATER have announced a string of Western European tour-dates in March 2015. The notorious sludge outfit will kick off their road trip at the Kavka, in Antwerpen, Belgium on March 6th and continues to steam through five more countries until a final hit on the Burgerweeshuis in Deventer, The Netherlands on the 15th of March. A full list of confirmed dates can be viewed below: 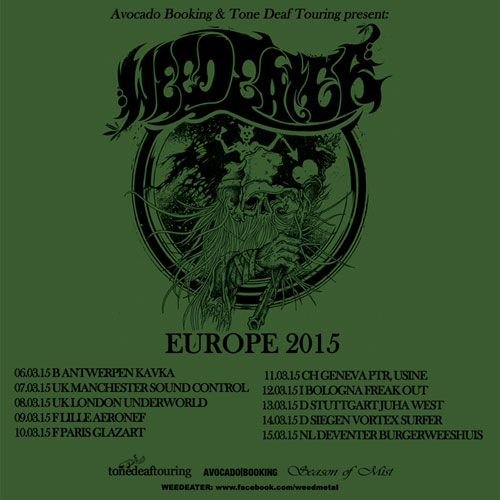 On further news, WEEDEATER have already announced the re-release of their 2007 album God Luck And Good Speed on January 26th, 2015. The album is streaming below and is already available for pre-order via the Season Of Mist webstore.

The release date for the reissue of WEEDEATER‘s following album Jason… The Dragon (originally released in 2011) has now been scheduled to the 23rd of February 2015. Pre-sales will begin on the 7th of January.

Furthermore the North Carolina-based band have finished recording their eagerly awaited new full-length album, which will be the first for Season Of Mist, with their long-time engineer Steve Albini (High On Fire, Neurosis, Nirvana, Helmet), more details will soon be revealed soon.

Season Of Mist recently reissued WEEDEATER‘s first two albums, Sixteen Tons and …And Justice for Y’all. The long out of print albums are now available on vinyl for the first time, as well as on CD and digitally at the Season Of Mist webstore, Bandcamp, along with other legal download & streaming platforms.