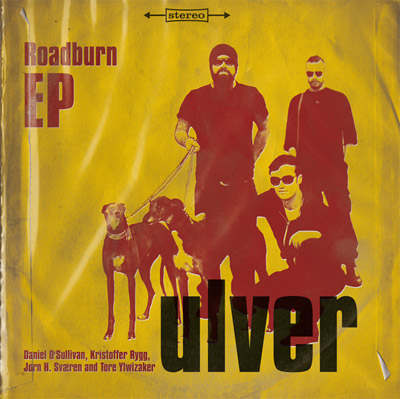 To commemorate Ulver‘s special performance at this year’s festival, Roadburn extremely proud to announce the release of the band’s Roadburn EP on our very own label on Thursday, April 12.

Ulver‘s Roadburn EP includes I Had Too Much To Dream (Last Night), a cover of The Electric Prunes, originally recorded in 1967. Some of you might have heard Ulver‘s hypnotic version before, as it was streamed online in 2009.

Ulver‘s musical career is a sonic kaleidoscopic epic. Lo-fi black metal beginnings turned into acoustic outsider-folk and from there mutated and continued to evolve from electronic and ambient forms, symphonic traditions, soundtracks for films, post and prog-rock and on to their current sound, which basically defies any further attempts at labeling. Prog / electronic / experimental / psychedelia / art rock, anyone?

They are without question unique, multifaceted and one of the most talented bands active today and Roadburn is colossally chuffed to release this Roadburn EP (limited to 500 copies) in tandem with their 2012 festival. Ulver‘s “1967 performance” promises to be a wild musical ride; we can hardly wait!