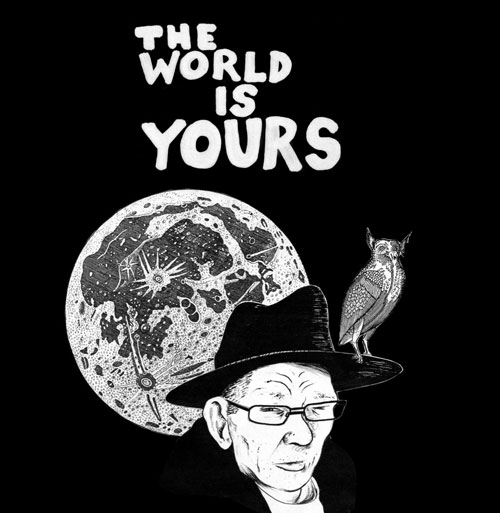 ‘The World Is Yours‘ compilation was put together to honour a man called Peter Kemp and to raise some funds for causes close to his heart.

The compilation is available now for just £5 and can be downloaded from bandcamp HERE.

Peter Kemp is a total geezer who barring 28 years in a long-stay hospital (he has a mild learning disability) has lived all his life in West London.

His favourite things are films and music, and this love of all types of music led to his record review blog which we wrote together pretty much every week day for three years. He loves the attention it brought him and the people he met through it and it was an absolute joy to work with him on. Unfortunately Peter has been diagnosed with a terminal illness which is progressing very quickly, he’s a much-loved character by pretty much everyone who knows him and he’s going to be much missed.

I’d like to thank Andy and Joe for organising this and for supporting the reviews and also thank everybody who contributed both to this tribute and to the blog over the years. 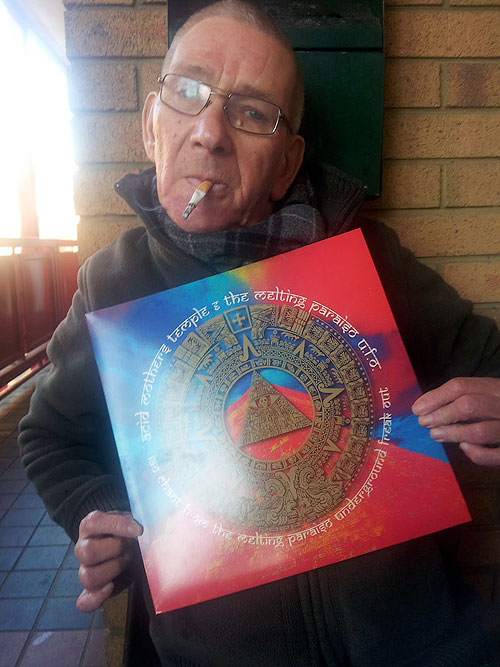 Money raised from this compilation will go to the following folks:

The Gate where Peter’s record reviews were written is an arts centre for adults with learning disabilities, we do music, art, writing, film and writing projects and work with all our guys closely with whatever issues affect their lives. One way I think we differ from other similar places is that we like to emphasise quirks rather than ironing them out; our ethos being that difference should be truly celebrated especially when conforming to norms is sometimes difficult if not downright impossible. I personally think this is the way to engage people with these conditions; don’t change the square peg to fit the round hole but rather bash out the round hole so the peg fits it – Peter’s blog I think is a decent example of how this could work.

Here’s some links to some of the work we do other than the Pete blog:

Whilst talking about this project it was suggested that some of the monies raised would come to us to buy music equipment and this would be extremely gratefully received, given the nature of the place we’re always in need of equipment and anything we do get is always made good use of.

Another recipient we thought of is the children’s charity Small steps: Small steps are a charity dependent entirely on donations who do some stunning development work with very young disabled children and their parents, my own time spent working with them when my son was smaller (I have a 3 year old son with down syndrome) was invaluable to me as a new father of a disabled child (a time that is extremely confusing) and our centre has retained links with them and have a close relationship. A very worthy charity doing some great work that is much needed.

Again my thanks to everybody involved with this, every one here always knew what a star Pete is and it’s lovely that others have seen this too and been moved to do this, Cheers all.

Joe & Andy would like to thank ALL the bands/artists involved for donating their hard work to such a worthy cause.

And of course to Peter for his support over the years. Thumbs up Geezer!

Thank you for reading!