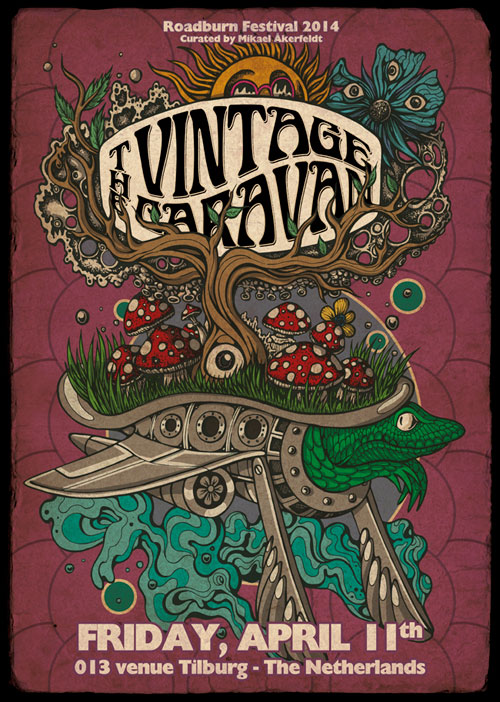 The Vintage Caravan have built up an impressive reputation in their Icelandic homeland as a killer live band, and are currently conquering Europe in support of their sophomore album, Voyage. The tour cumulates at Mikael Åkerfeldt‘s Roadburn on Friday, April 11th at the 013 venue in Tilburg, The Netherlands. (The Vintage Caravan will play a second set on Saturday, April 12th).

”They come from the land of the ice and snow”

“The Vintage Caravan is a fairly new acquaintance to me”, says Mikael Åkerfeldt, “And a very pleasant one I have to say. Iceland has produced many fine heavy and progressive bands and I’m all for pushing for a new generation of musicians that cater to that heritage. Very happy to have these guys taking part of my curated event at Roadburn.”