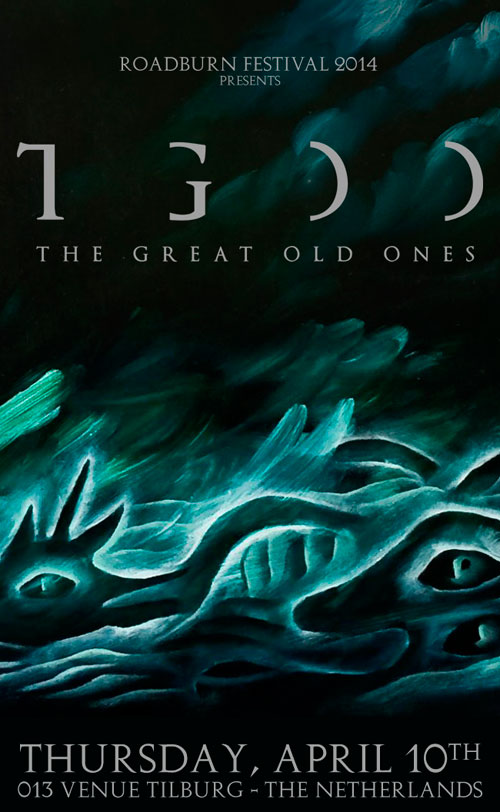 Formed in 2011, The Great Old Ones aren’t your typical French black metal band that operates in the same unorthodox, dissonant area as Blut aus Nord or Deathspell Omega.  No, the band is definitely carving a niche of their own as they weave ethereal harmonies with unconventional song progressions, breaking up their chaotic, blackened majesty with atmospheric interludes and slower doom-laden anthems.

The Great Old Ones will send you over the edge at Roadburn Festival 2014 on Thursday, April 10th at the 013 venue in Tilburg, The Netherlands.