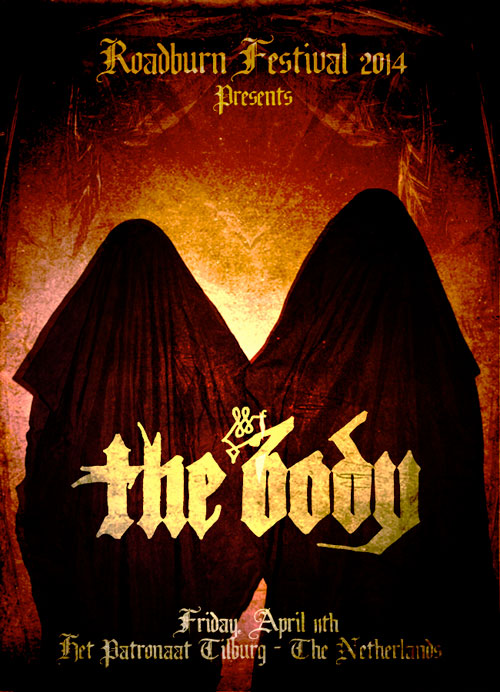 Since their humble origins, back in 2004, as scrappy DIY punk rock noisemakers,  King and Buford have evolved and refined their craft in order to absolutely nullify the spirit in the most harsh and violent way sonically possible, pushing their emotive yet harrowing doom into the horrifying unknown.

The Body will plunge us into apocalyptic darkness and bring about the very end of days with devastating assaults of volume and brutal sonic battery on Friday, April 11th at Het Patronaat in Tilburg, The Netherlands.