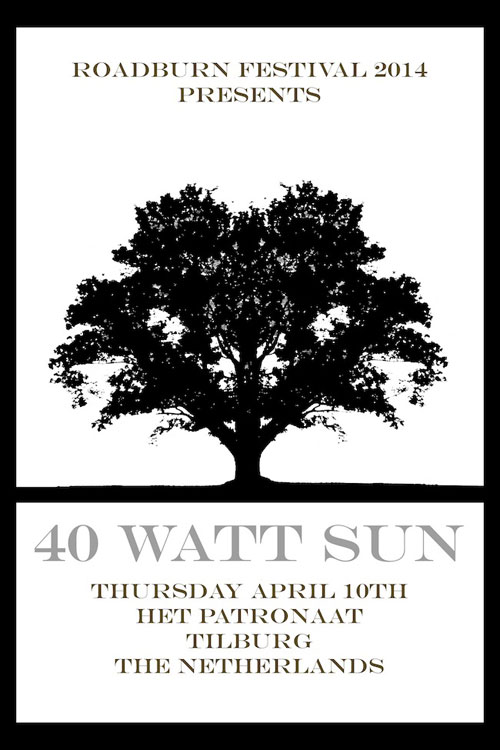 UK’s 40 Watt Sun will be making a much anticipated return to Roadburn Festival 2014 on Thursday, April 10th at Het Patronaat in Tilburg, The Netherlands. Lead by singer / guitarist Patrick Walker, 40 Watt Sun gets a chance to reprise their extraordinary 2012 Roadburn performance, this time playing a stark, stripped-back set of songs from their forthcoming second album as well as performing songs from the band’s stunning debut full-length, The Inside Room.

40 Watt Sun’s The Inside Room ranked among the very best Roadburn-related albums of 2011, and offered Walker’s distinctive melancholic voice a prominent role. His soaring and somber pipes blessed the album’s burning tracks. 40 Watt Sun‘s emotionally-charged, slowcore hybrid of Jesu meets a harder-edged Red House Painters puts the band in a class of its own.