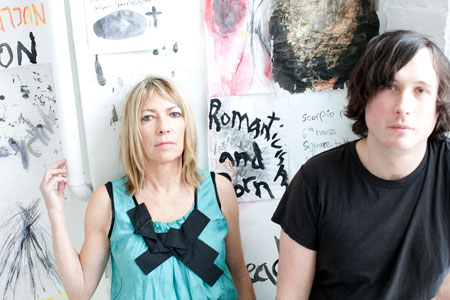 Since announcing the initial line up for Supersonic Festival‘s Tenth birthday this October, early bird tickets have sold out (and in record time) and the event is really starting to take shape.

Having already fulfilled the promise of working with Supersonic alumni as well as emerging artists in the first line up alone, Supersonic now proudly announce an extremely special collaboration and UK exclusive performance of the unique and unpredictable guitar pairing of the iconic Kim Gordon of Sonic Youth and Boston’s favourite free-noise guitarist Bill Nace. Together, they are known as BODY/HEAD.

So far they have only played a handful of shows, released a limited cassette on Ecstatic Peace and included a cover of ‘Fever‘ for an Ultra Eczema compilation.  Given the credentials of both musicians, Supersonic are confident that BODY/HEAD will deliver a mind-melting performance. Check out a recent video performance below as a taste of what is to come.

There will be another announcement to follow in a few short weeks with more acts joining this celebratory event and there are still some more very special additions to unveil soon as well.