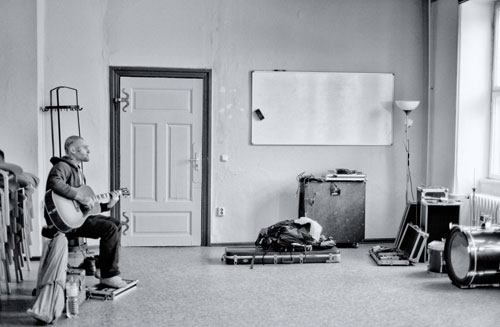 Exile On Mainstream are proud to present the debut solo album from Friedemann (singer and lyricist behind the German Hardcore band COR), although a far cry from the abrasive hardcore punk of COR, Friedemann’s solo album Uhr vs Zeit (clock vs time) retains their uncompromising DIY ethics and strong political standpoint, as Dave Bowes said in his recent review “Friedemann is capable of great tenderness and expression but a background in punk means plenty of bite behind his words, even if the direction is more inwards and experiential than a violent kicking out at the system“, read Dave’s full review for Uhr vs Zeit here.

And today, The Sleeping Shaman in association with Exile On Mainstream & Rarely Unable are pleased to present a full stream of Uhr vs Zeit which you can listen to below:

One of the most truly independent figures in the German music underground bears his soul onto this solo album. Friedemann‘s natural gift for storytelling is revealed in his native language, German, and through poetic soulful blues, which nod to Townes Van Zandt, Nick Drake and Sixto Rodriguez. Uhr vs. Zeit is an album full of honesty, wisdom and poetry, fuelled by experience and a life lived by and beyond the limits. 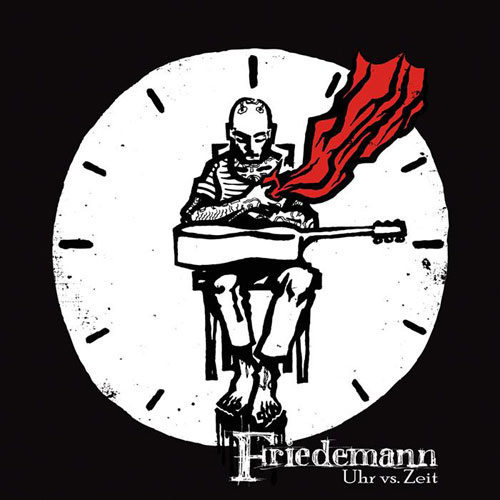 Label owner Andreas Kohl remarks…”What shall be written about a record that speaks so clearly, deeply and profoundly in each and every song? What can be said about an album that arrives with an urgency and delivers a life-affirming quality to its creator like this album? Well, almost nothing I’d say other than that I feel honoured and happy to be able to release the first solo album of one of my best friends – Friedemann, well known as shouter of the German hardcore outfit COR. Friedemann has been part of my own life, my family’s, my friends’ and the label’s life for over 10 years now and I was eagerly awaiting the moment when he would be ready to record and deliver a solo album, revealing his unique soul and approach to music and content. Now that time has come to illuminate his soul.”

The album has been recorded and produced by Friedemann himself with help from friends like Janko Moede, Conny Ochs (who lends guitar and vocals to the track “Vogel“), partners in COR such as guitarist Pilse, bassist Matze and drummer Johannes. Uhr vs Zeit is released in conjunction with Rügencore Records.

And while we’re at it, you can also check out this new video for the song ‘Nichts Können‘ by Lucasz Lawicki below: